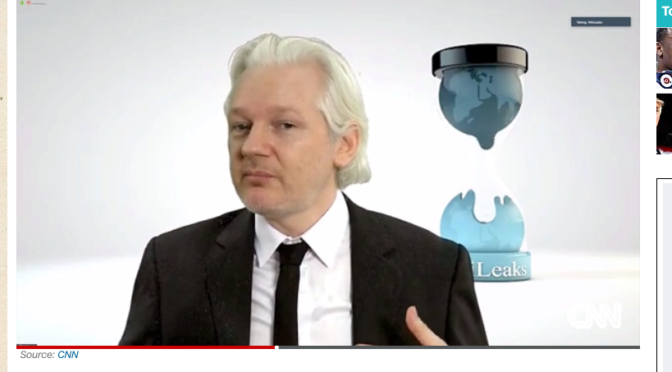 Assange was speaking in a CNN interview following the release of nearly 20,000 emails stolen from the Democratic National Committee by suspected Russian hackers.
However, Assange refused to confirm or deny a Russian origin for the mass email leak, saying Wikileaks tries to create ambiguity to protect all its sources.
“Perhaps one day the source or sources will step forward and that might be an interesting moment some people may have egg on their faces. But to exclude certain actors is to make it easier to find out who our sources are,” Assange told CNN.
The Kremlin has rejected allegations its behind the hacking, calling suggestions it ordered the release of the emails to influence US politics the “usual fun and games” of the US election campaigns.
“This is not really good for bilateral relations,” Dmitry Peskov, the Kremlin spokesman, added.
Full article – http://www.cnn.com/2016/07/26/politics/julian-assange-dnc-email-leak-hack/