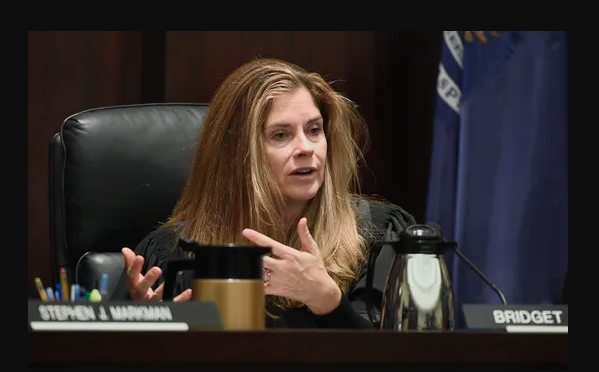 How the state’s judicial system handles debt collection, landlord tenant disputes and expungements will be among the issues two Michigan Supreme Court justices are hoping to hear about from residents during a Monday town hall meeting.

Chief Justice Bridget McCormack and Justice Brian Zahra will hear testimony and questions from Metro Detroit residents Monday during a public meeting of the Justice for All Task Force near downtown Detroit. It is scheduled for 6 p.m.-8 p.m. Monday at the International Brotherhood of Electrical Workers Union Hall, 1358 Abbott in Detroit.

McCormack and Zahra are seeking input from Michigan residents to help identify the needs they have on issues relating to the civil branch of the law. The information gathered from residents will  help shape a statewide plan to fill in the gaps of service for civil legal needs.

“We’re trying to take inventory of what’s out there,” McCormack said. “It’s a way for us to hear directly from the public about their experience of trying to navigate the court system on their own.”

BY DR. GLENN C. ALTSCHULER
SPECIAL TO THE FLORIDA COURIER

“The past is never dead,” William Faulkner wrote in “Requiem for a Nun.’’ “It’s not even past.”

In “Race Against Time,’’ Jerry Mitchell applies this aphorism to racially motived murders of the 1960s: The assassination of Medgar Evers; the fire-bombing of the home of Vernon Dahmer; the bombing of Sixteenth Street Baptist Church in Birmingham, Alabama that killed four girls; and the Mississippi Burning killing of James Chaney, Mickey Schwerner and Andrew Goodman.

A journalist for the Clarion-Ledger in Jackson, Mississippi for more than three decades and the founder of the Mississippi Center for Investigative Reporting, Mitchell braved death threats to play a pivotal role in reopening and prosecuting these cold cases. Sobering and suspenseful, his book is a must-read during Black History month. 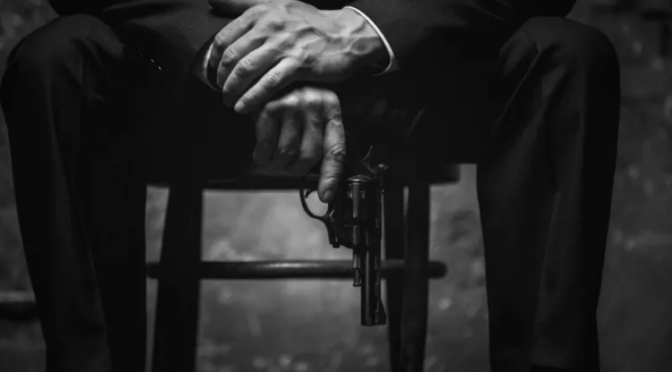 If you sat through 3 1/2 hours of The Irishman, you’re going to find this facinating.  Heck, even if you’ve never watched a mafia movie that long…you’re going to like this.

Entertainment Weekly recently sat down with ex-mafia boss Michael Franzese: a former ex-caporegime of the Colombo crime family, and ex-New York mobster.  The task: have Franzese watch a series of 11 movie clips from mafia films, and answer the question, “HOW REAL IS IT?”  Here’s the result. 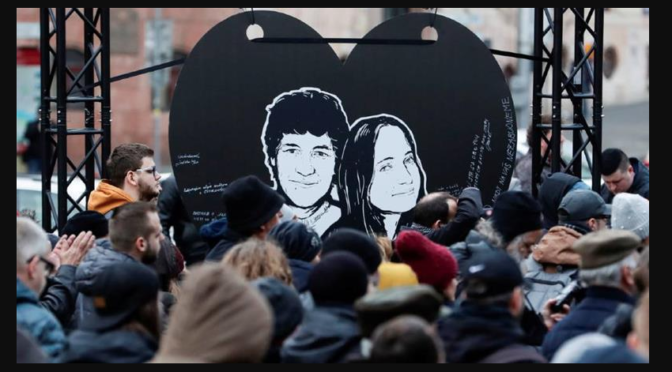 Thousands mark the second anniversary of the murder of journalist Jan Kuciak and his fiancee Martina Kusnirova.

Bratislava, Slovakia – Several thousand people gathered in central Bratislava on Friday evening to mark the second anniversary of the brutal murder of Jan Kuciak. The shooting of the journalist was a watershed for Slovakia – one that is now playing out ahead of elections on February 29.

It was a sombre crowd, estimated at around 8,000, that filled Namestie Slobody (Freedom Square) in the Slovak capital to honour Kuciak and his fiance, Martina Kusnirova, who were gunned down in their home on a cold February night.