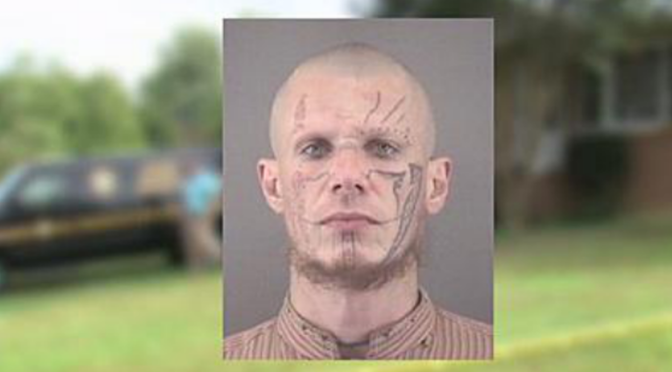 Pazuzu Algarad, a self-proclaimed and not-at-all-subtly-named Satanist awaiting trial on charges of killing one man and helping bury another, has died by apparent suicide in his North Carolina jail cell, reports the Associated Press.

Pazuzu Algarad, 36, was found unresponsive in his cell at the Central Prison in Raleigh before dawn, the North Carolina Department of Public Safety said in a statement. Prison officials were unable to revive him and he was pronounced dead at 4:20 a.m.

The statement did not say how Algarad died. The News & Record of Greensboro reported that he had an arm wound, but did not elaborate.

Algarad was arrested last October and charged with the murder of Joshua Frederick Wetzler in 2009. After the alleged murder, Algarad and his girlfriend allegedly buried Wetzler’s body in their backyard. Algarad’s girlfriend, Amber Burch, has also reportedly been charged with the murder of Tommy Dean Welch later in 2009, and Algarad allegedly helped her bury his body, also in their backyard. This sounds like a real you-scratch-my-back-I’ll-scratch-yours type of arrangement. The homicidal Satanist version, if the allegations are true.

A health inspector video from last year shows the interior of Algarad and Burch’s home covered in Satanic imagery and at least a few animal carcasses:

That home has since been demolished.