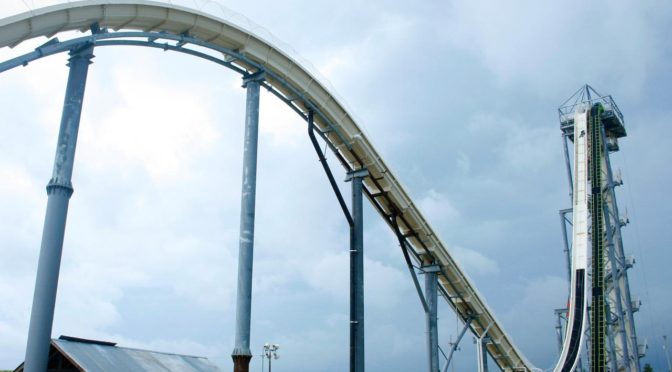 Orlando is known as the theme park capital of the world.   It’s home to Disney and Universal Studios, along with many other theme parks such as SeaWorld,  Wet’n’Wild and FunSpot.  Many theme parks in Orlando have begun to incorporate water parks as additional attractions for families to enjoy.  These include SeaWorld’s Acquatica, Disney’s Typhoon Lagoon and Blizzard Beach along with Universal’s Volcano Bay that is slated to open in 2017.

While most patrons will enjoy the rides and return home safely, we are beginning to see more and more water park ride injuries occurring. Sadly, one that is making news right now is from a water park in Kansas City, Kansas.

On Sunday, June 7, 2016, ten-year-old Caleb Thomas Schwab plunged to his death on the Verrückt waterslide in the Schlitterbahn water park in Kansas City, Kansas.  The son of State Representative Scott Schwab was attending the park as part of its “elected officials’ day.”  (source: People)

This death highlights the need for better oversight of water parks.  The Verrückt, which mean “insane” in German, is the tallest water slide in the world, topping out at over 168 feet.  Surprisingly to many, this waterside was never inspected by the Federal Government as there is no Federal oversight for such structures.  The State of Kansas, who handle such oversight, had not inspected the slide since 2012, before the slide was even open.  In Florida, many injuries at theme parks and water parks get under-reported, due to voluntary reporting and the circumstances and injuries that need to occur to generate a report.

According to witnesses, “The slide itself made a noise that didn’t sound right,” and the Velcro straps that were meant to secure riders, “[weren’t] that secure being strapped in.”  One rider, Paul Oberhauser, noted that, “As soon as I hit the bottom of the first curve the shoulder strap just, kind of busted loose.”  When he mentioned this to ride workers, he claims they responded, “They kind of said ‘Oh no, really’ or something ‘Yes, that’s no good,’ and so it sounded like, you know, they were going to do something about it.”

In a statement, Schlitterbahn said safety in their “top priority” and the rides are inspected daily.  The theme park has been closed since Sunday’s incident but expects to reopen tomorrow.  It is unclear how long Verrückt will remain closed.

Unfortunately, it requires a tragedy such as what has occurred on the Verrückt, that may finally give rise to a call for better inspection, maintenance, safety, and reporting procedures to be implemented at all water parks across the country.