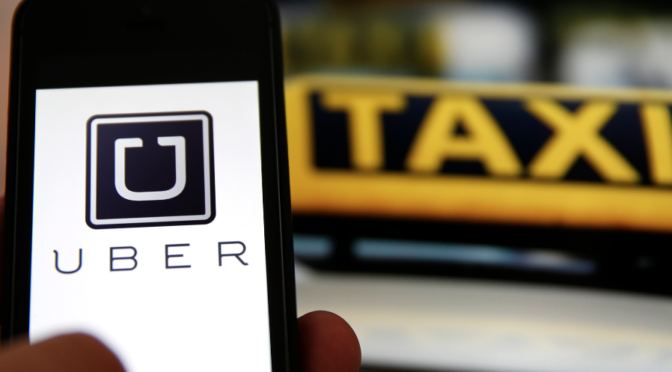 Over the weekend, activists and celebrities began using Twitter to urge a boycott of Uber using the hashtag #DeleteUber.

The movement started after the New York Taxi Workers Alliance called for a temporary halt to rides heading to John F. Kennedy airport as a gesture of solidarity with visitors who were held there after Trump’s sudden order to restrict entry from seven predominantly Muslim countries.

Uber continued to send drivers to JFK and announced it would not charge surge pricing:

Despite Uber’s insistence it was not trying to break the taxi strike and CEO Travis Kalanick’s opposition to the travel ban, the movement continued into Monday morning, with critics making a big deal of Kalanick’s role on Trump’s Economic Advisory Board.

Meanwhile, competitor Lyft donated $1 million to the ACLU, which is fighting Trump’s travel ban in court. For a lot of people, that was a clear reason to delete Uber and install Lyft instead: