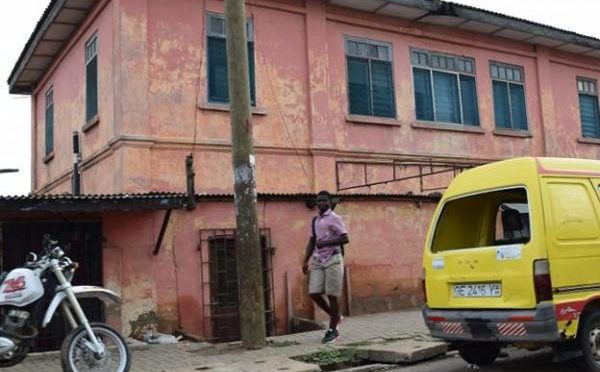 ACCRA, Ghana, Dec. 5 (UPI) — The U.S. Department of State said a fake U.S. Embassy in Ghana that issued illegally obtained legitimate visas for over 10 years was shut down.

The fraudulent enterprise, housed in a pink, two-story building in the capital of Accra, also issued counterfeit visas, and other false identification documents. The business operated three days a week and the fake consular officers who worked there were Turkish citizens who spoke English and Dutch.

“It was not operated by the United States government, but by figures from both Ghanaian and Turkish organized crime rings and a Ghanaian attorney practicing immigration and criminal law,” the State Department said in a statement. “For about a decade it operated unhindered; the criminals running the operation were able to pay off corrupt officials to look the other way, as well as obtain legitimate blank documents to be doctored.”

The operation was shut down during the summer after an informant gave a tip an investigator. Customers who bought the fraudulent services paid about $6,000. The State Department did not disclose how many people may have entered the United States illegally using documents issued by the fake embassy.

Visas and passports from 10 different countries were found during raids on the building. Several suspects were arrested.

“The fake embassy did not accept walk-in visa appointments; instead, they drove to the most remote parts of West Africa to find customers,” the State Department said. “Several suspects remain at large, but Ghanaian police have warrants for their arrest and plan to pursue them. The investigation and search for the Turkish organized crime group is ongoing.”