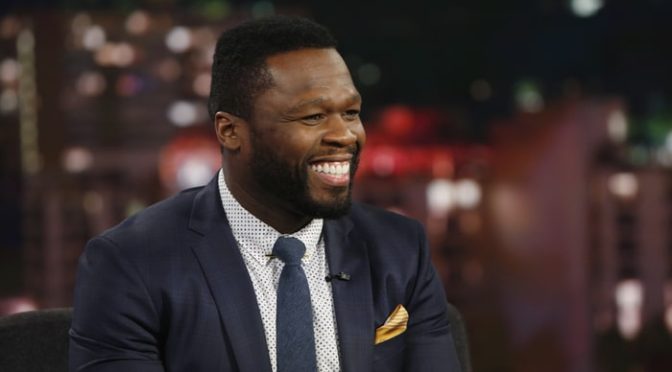 50 Cent was awarded $14.5 million stemming from a malpractice suit the rapper filed against a law firm that represented him in a headphones lawsuit.

However, it’s unlikely 50 Cent will see any of that award, as most of it will go toward satisfying the $23 million bankruptcy settlement he agreed to in July, pending approval, Forbes reports.

In a 2014 lawsuit, 50 Cent (real name Curtis Jackson) was ordered to pay headphone makers Sleek Audio $16 million after the rapper severed his deal with Sleek to produce his own brand of headphones that a court ruled was “basically the same designs” as his Sleek-branded pair.

Following that decision, 50 Cent filed a malpractice suit against Garvey Schubert Barer (GSB), the law firm who represented him against Sleek Audio, alleging that the firm “didn’t adequately represent his interests in licensing negotiations and arbitration disputes with Sleek Audio.”

“Among GSB’s numerous failures was its inexplicable decision not to call technical and damages experts to rebut expert testimony offered by Sleek — failures relied upon by the arbitrator in crediting Sleek’s experts and entering an eight-figure award in Sleek’s favor,” 50 Cent’s new legal representation alleged in their suit against GSB.

As part of 50 Cent’s Chapter 11 reorganization plan, agreed to in July after he filed for bankruptcy in July 2015, the rapper owed Sleek Audio $17 million, making them 50 Cent’s largest outstanding debt. 50 Cent also owes $7 million in damages after losing a privacy lawsuit over a leaked sex tape.

In a deleted Instagram post following the $14.5 million decision, the rapper wrote, “I just got 14.5 million back from one Law Firm For malpractice. They fucked up so bad, I don’t think they should be practicing Law.”

On Monday, 50 Cent replaced that post with a Photoshopped image of the rapper sitting on a stack of money and a caption that read, “I retract my earlier statements about the legal services provided to me by the law firm of Garvey Schubert Barer. The law firm and I have settled our dispute and I consider the issue closed.”

“With respect to Sleek Audio, the $14.5 million settlement represents significantly more than the $12.5 million payable to Sleek Audio under the Bankruptcy Plan and more than half of the total amount owed under Mr. Jackson’s reorganization plan,” Craig Weiner, one of 50 Cent’s lawyers in the malpractice said, said in a statement.

“We are informed that these proceeds, together with other funds contributed by Mr. Jackson should position the Estate to provide for the remaining obligations to be satisfied in connection with this successful Chapter 11 Reorganization Plan. This is a most significant achievement, especially considering that the Plan was approved less than six months ago and provided Mr. Jackson with up to five years to satisfy all debts. Mr. Jackson is eager to move forward in doing what is best for his estate and creditors, and this settlement brings us one step closer toward that end.”