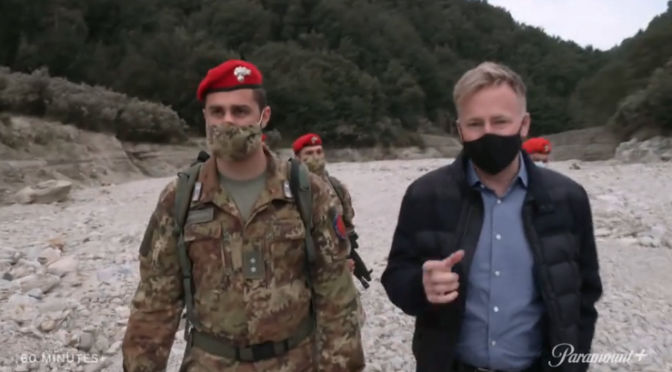 In Southern Italy, a herculean effort is underway to bring down a crime syndicate that’s less famous, but more powerful than the Cosa Nostra. Seth Doane reports for 60 Minutes+, now streaming on Paramount+.

It may not look like “The Godfather” or “Goodfellas,” but Southern Italy is in the grips of a crime syndicate much bigger than the Cosa Nostra, the inspiration for those movies. It’s called the ‘Ndrangheta and its members keep a much lower profile while controlling an estimated 50% to 80% of Europe’s cocaine trade.

That more modest lifestyle was on display when 60 Minutes+ went with law enforcement into the forest in Calabria, a region the ‘Ndrangheta has in a stranglehold. Members of an elite hybrid military-police force called the Cacciatori – which in Italian translates to, “the hunters”- showed Seth Doane a small hideout covered in earth that blended into the side of a mountain. An ‘Ndrangheta member on the run had been captured there while making his morning coffee.