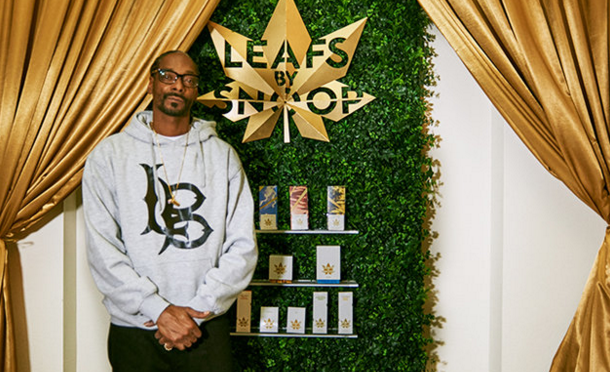 Snoop Dogg has his own line of marijuana. So does Willie Nelson.Melissa Etheridge has a marijuana-infused wine.

As the fast-growing marijuana industry emerges from the black market and starts looking like a mainstream industry, there’s a scramble to brand and trademark pot products.

The celebrity endorsements are just the latest attempt to add cachet to a line of weed. Snoop Dogg calls his eight strains of weed “Dank From the Doggfather Himself.” Nelson’s yet-to-be-released line says the pot is “born of the awed memories of musicians who visited Willie’s bus after a show.”

The pot industry’s makeshift branding efforts, from celebrity names on boxes of weed to the many weed-themed T-shirts and stickers common in towns with a legal marijuana market, show the industry taking halting steps toward the mainstream.

Problem is, those weed brands aren’t much more substantial than the labels they’re printed on. Patents and trademarks are largely regulated by the federal government, which considers marijuana an illegal drug and therefore ineligible for any sort of legal protection.

The result is a Wild West environment of marijuana entrepreneurs trying to stake claims and establish cross-state markets using a patchwork of state laws.

Consumers have no way of knowing that celebrity-branded pot is any different than what they could get in a plastic baggie from a corner drug dealer.

“You can’t go into federal court to get federal benefits if you’re a drug dealer,” said Sam Kamin, a University of Denver law professor who tracks marijuana law.

That doesn’t mean that the pot business isn’t trying.

Hundreds of marijuana-related patents have likely been requested from the U.S. Patent and Trademark Office, according to those who work in the industry. Exact numbers aren’t available because pending patent information isn’t public.