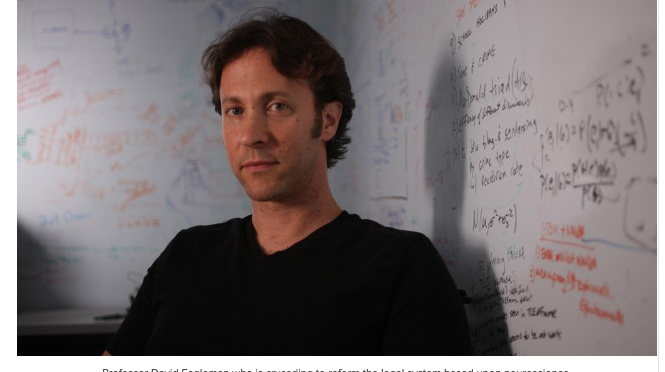 If one wants to go hunting for fossilized remains, they need not look further than the United States legal system. Based upon what amounts to medieval precedents from English common law, our present legal code is so out of step with decades of neuroscientific findings as to be rendered almost ridiculous.

While it would take nothing short of a complete overhaul to bring our legal system up to date with neuroscience, a premise cogently argued by Dr. David Eagleman in his article for The Atlantic “The Brain on Trial,” there are signs science is beginning to penetrate the anachronistic outer shell of the US Supreme Court. Last week the Supreme Court ruled that a 2012 precedent banning mandatory sentences of life without parole for juvenile killers must be applied retroactively. This would potentially allow hundreds of American children convicted of homicide to be rehabilitated and rejoin society.

At the heart of the Supreme Court decision was the scientific evidence that the human brain does not reach full maturation until well into one’s early 20s. Prior to that, humans are biased towards serial risk taking, as every observant parent will readily attest. These findings make it clear that teenage killers aren’t playing with the same deck of cards as adults and the law needs to reflect.

While this is intuitively sensible to many of us, it nonetheless required a landslide of scientific evidence to overturn the old sentencing pattern. This serves to illustrate just how stodgy and antiquated a legal system we are living with. But change it must, for as science marches on and the gap between legal tenet and scientific understanding continues to grow, we will increasingly bump up against a discontinuity between the two. This gap is only tenable up unto a point, and all the evidence suggests we’re quickly approaching that juncture.

For those curious to peer into the looking glass and see what legal reform is likely to take place as a result of neuroscience, there are several indicators that can point in the correct direction. To explore these, let’s dive into the strange world of neuroscience as it applies to criminal tendencies. Many of the most interesting cases in neuroscience involve lesions to the brain with resulting changes in behavior. The history of the discipline is littered with examples like that of Phineas P. Gage, a railroad construction foreman who lost a large portion of the frontal lobe due to a gruesome job accident. One of the most surprising results of the accident were the changes to his personality, transforming him from a mild mannered householder into a bawdy and brawling miscreant.

Today, neuroscience has established without a shadow of doubt that small, almost invisible lesions to the brain can have a drastic impact on behavior, deeply calling into question old notions of criminal culpability. A person who otherwise appears normal may unwittingly be suffering from a brain disorder that has a profound impact on their decision making.

Take the case of a man referred to in the scientific literature as Alex. In 2000, Alex suddenly developed an overwhelming appetite for child pornography. Hitherto, he had been a normal and by all accounts wholesome member of society. He could not account for this new and insatiable desire, but it quickly landed him in front of a judge. On the night before he was to report for prison sentencing, he experienced a terrible headache and submitted himself to the hospital. Here he was found to possess a massive tumor in his orbitofrontal cortex. When the tumor was removed, his unusual sexual proclivities disappeared and he returned to being the devoted husband and householder of before.