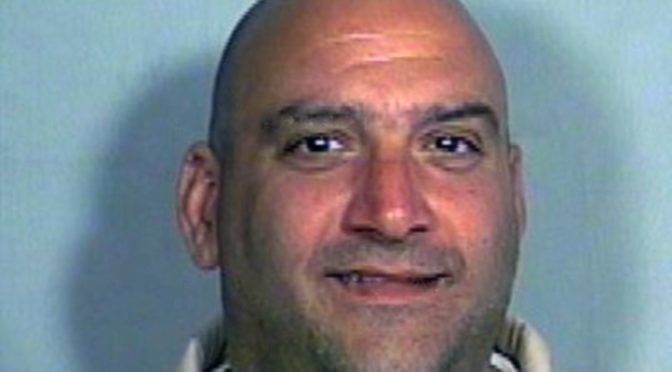 A gangster for the New Jersey crime family that inspired The Sopranos has pleaded guilty to violating his parole after he was filmed engaging in a road rage attack.

Ex-con Jerry Balzano, a reputed enforcer for the DeCavalcante crime family, was on supervised release after pleading guilty to a racketeering conspiracy in 2011 when he lost his cool at another driver.

Vision from the victim’s dashboard camera shows Balzano brake-check him before he gets out of his car and hurls abuse.

“You want to play f—ing games, you little c—?” Balzano can be heard yelling at the driver.

“You want to cut me off like a tough guy?”

The victim’s wife can be heard phoning police as the 54-year-old alleged gangster pummels her husband.

“Someone is hitting my husband,” she screams. “Oh my gosh.”

Balzano continues to beat the man until another motorist pulls over, manages to calm him down and leads him back to his car.

He then speeds away, despite not having a driver’s licence.

The alleged Mafioso is due to front court again on May 16 and faces up to two years in jail for the road rage attack, according to the New York Post.
Read more at http://www.9news.com.au/world/2017/04/11/14/39/mafia-enforcer-back-behind-bars-after-road-rage-attack#1FAHlspQLiv4Te2h.99