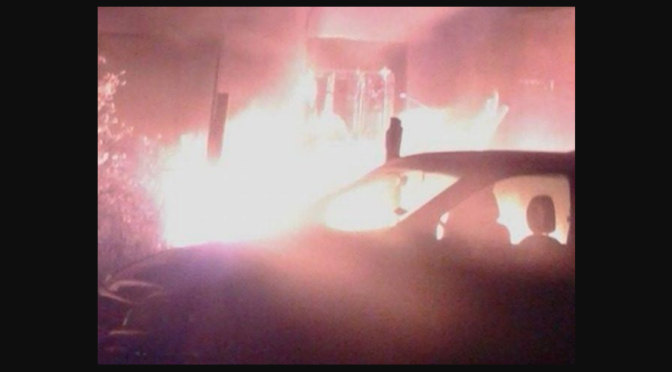 REYNOSA, Tamaulipas — Raging violence continues to take hold of this border city as rival factions of the Gulf Cartel fight for control claimed 36 deaths–including a bystander and one police officer.

As Breitbart Texas reported, the violence began in late April, shortly after Mexican authorities hunted down and killed regional Gulf boss Juan Manuel “Toro” Loiza Salinas. The death of the ruthless cartel kingpin led to an immediate power vacuum as various factions fight for control of the city and surrounding smuggling routes.

The fight has led to convoys of gunmen driving around Reynosa hunting for rivals. Some of the shooters ride in vehicles with “M-42” spray-painted on the side, indicating former allegiance to Toro. As Breitbart Texas reported, the violence has also led to a spike in crime as cartel gunmen carry out daytime robberies at various establishments and against unsuspecting motorists.

Over the weekend, rival gunmen clashed three separate times, spreading fear among local residents. In one of the clashes, forces exchanged gunfire in the Lopez Portillo neighborhood where neighbors reported that four gunmen died in the clash.

The fighting stopped a few hours after the initial gun battles began as Mexican authorities took to the streets to contain the violence. An official body count has not been released.

Editor’s Note: Breitbart Texas traveled to the Mexican States of Tamaulipas, Coahuila, and Nuevo León to recruit citizen journalists willing to risk their lives and expose the cartels silencing their communities.  The writers would face certain death at the hands of the various cartels that operate in those areas including the Gulf Cartel and Los Zetas if a pseudonym were not used. Breitbart Texas’ Cartel Chronicles are published in both English and in their original Spanish. This article was written by “A.C. Del Angel” from Reynosa, Tamaulipas. , “J.A. Espinoza” from Matamoros, Tamaulipas and “J.M. Martinez” from Piedras Negras, Coahuila.