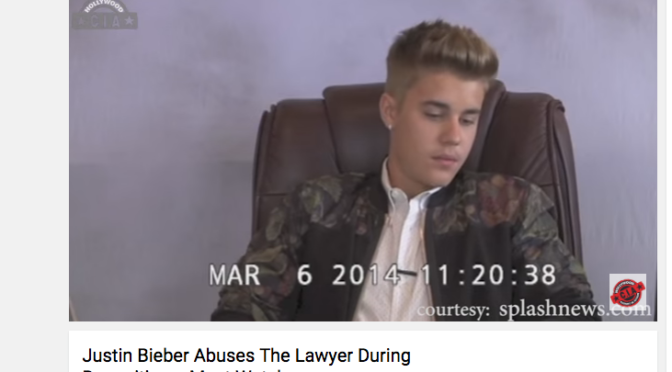 Justin Bieber grows restless and curses during questioning and also preens in front of the camera in his deposition on March 6 in Miami flipping his collar up. Justins answers are often very soft spoken and hard to hear for the recording process. Bieber at one point tells the man asking questions ,these seem to be getting really off base these questions,and his lawyer says that they’re silly questions. A woman says to Justin I’m sorry to keep asking but can you please speak up? Justin snaps “Yes and No are fuckin pretty different.” Justin, 20, is being sued by American photographer Jeffrey Binion who claims the singer directed his bodyguards to attack him and steal his memory card.