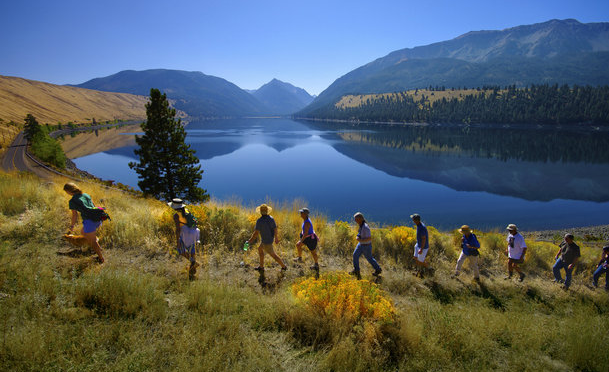 SALEM, Ore. (AP) — The federal government is already facing two lawsuits over its plan to manage about 2.5 million acres of land in western Oregon that would increase the potential timber harvest by an estimated 37 percent.

The Statesman Journal reports (http://stjr.nl/2baidqt ) the American Forest Resource Council and Earth Justice have both filed suits against the Bureau of Land Management since the plan was enacted Friday.

The agency spent years working to update the Northwest Forest Plan, trying to strike a balance between the interests of the timber industry and environmentalists. The original plan developed in the mid-1990s failed to deliver promised yields of timber, in part because of federal laws to protect species like salmon and the northern spotted owl.

BLM spokeswoman Sarah Levy said the agency does not comment on pending litigation, but says the agency’s analysis showed it could sustainably harvest 278 million board feet of timber a year and still meet its legal obligations under the Clean Water Act and Endangered Species Act.