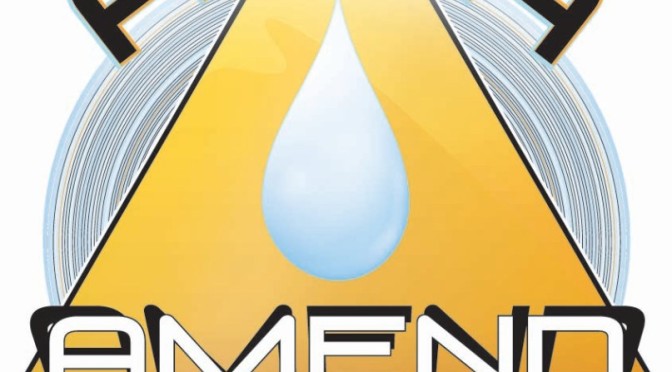 BY DEREK STAPLES
In 2002, a bipartisan group of three Republicans and four Democrats led by then-Senator Joe Biden responded to growing public concern about MDMA use. A flurry of legal pressure had risen from the drug-related death of 17-year-old Jillian Kirkland, who passed away after an evening at New Orleans’ State Palace Theatre in 1998. Nearly four years later, the Reducing Americans’ Vulnerability to Ecstasy Act, aka the R.A.V.E. Act, was referred to the Senate Committee on the Judiciary.
The loosely worded act was an extension of the 1986 “Crack House Statute,” under which promoters and event organizers could be charged with “maintain[ing] a drug-involved” premise. Wondering what that phrase actually means? So have US promoters, venue owners, advocates, artists, and fans since a slightly augmented act — the Illicit Drug Anti-Proliferation Act — was tacked onto a 2003 Amber Alert bill, which passed without a vote or much debate. Like most US drug policies, the act has hindered true harm reduction within club and festival culture.
During what has been reported as the plateau of MDMA use and resultant hospitalizations in the US, the DEA sent baby-faced undercover agent Michael Templeton to the site of Kirkland’s death to acquire a firsthand account of the environment and the interactions between club owners, drug dealers, and revelers. During a six-month period in early 2000, Templeton and a fellow DEA agent were able to, according to a Time report, purchase 45 hits of ecstasy. Instead of arresting any of their dealers, the DEA and the New Orleans Police Department gathered info to prosecute State Palace managers Robert and Brian Bruner, as well as promoter Donnie Estopinal, aka Disco Donnie.
The feds weren’t just building their case on the ecstasy hits, but the culture itself: uptempo beats, touching and massaging, glow sticks, availability of free water, and even the energetic style of dancing. “The country was a lot more conservative and much less open-minded,” remarks Estopinal via telephone about the era. “Scary times in this industry … [we] didn’t know who would be next.”
Unable to convict any party under the Crack House laws, the government pushed for new regulations that would allow for easier prosecution. By naming easy access to free water and “chill rooms” as indicators of drug-involved premises, authorities eliminated two primary harm reducers in order to make their next arrests. While the Illicit Drug Anti-Proliferation Act has yet to be used to successfully prosecute a single promoter or venue owner, the lack of those harm-reduction essentials has itself claimed multiple lives.
After heading to D.C.’s Echostage with some of her fellow University of Virginia Alpha Phi sorority sisters on August 30th, 2013, Shelley Goldsmith consumed unadulterated MDMA as many of her classmates had done since heading off to university. Later, she would succumb to hyperthermia, possibly to do excessive dehydration, and eventually die of cardiac arrest at the age of 19.
Eight months later, Shelley’s mother, Dede Goldsmith, would lead the collective efforts to Amend the R.A.V.E. Act. “In this situation, it became very clear that there is a problem with the law, but also a problem on college campuses in terms of identifying and supplying harm-reduction techniques for these substances just like there already is with alcohol,” says Goldsmith via phone.

Misinformation about MDMA is rampant. In contrast to underage drinking, little has been done at universities and colleges to properly educate young adults on the risks associated with club drugs. As Goldsmith points out, “[There are] organizations like SSDP (Students for Sensible Drug Policy) that work with more of an alternative crowd, but no one that really reaches out to Greek Life.” Given the increased risk of drug use within the US Greek system, that’s one communication gap that needs to be bridged.

“Everyone feels safe to come together around the drug war. ‘Those evil drugs, we gotta get ‘em,’” quips Multidisciplinary Association for Psychedelic Studies’ (MAPS) Policy and Advocacy Manager Natalie Ginsberg.

Even though we are nearly 50 years removed from the cultural renaissance that was 1968, politicians are still wary of the PR associated with progressive drug reform policies. While Senator Tim Kaine (D-VA) has assisted Goldsmith in officially connecting with the White House Office of National Drug Control Policy (ONDCP), and Goldsmith herself has been appointed to the Virginia Commission on Youth, no legislator has officially supported or introduced an amendment initiative. And Goldsmith doesn’t envision any campaigning politician to support the policy shift in the foreseeable future.