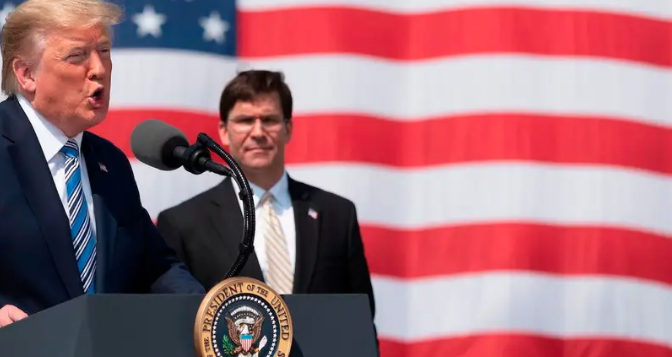 Several excerpts from Esper’s book, “A Sacred Oath: Memoirs of a Secretary of Defense During Extraordinary Times,” were published by the Times on Thursday. The memoir will be published on May 10.

Esper, who served as defense secretary from July 2019 until November 2020, wrote in the book that Trump had become increasingly unhappy about drugs coming through the Mexican border.