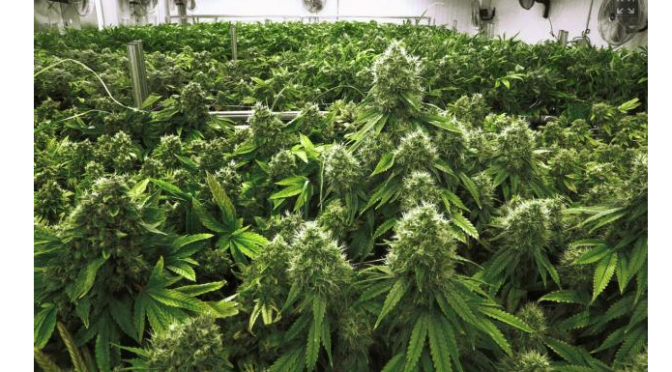 Americans spent more money on legal marijuana in 2015 than Donald Trump is worth, research revealed Monday.

The $5.4 billion in legal pot sales outpaces the magnate and presidential candidate’s $4.5 billion net worth and dwarfs the $1.7 billion cost of NASA’s Space Shuttle Endeavour. And weed sales will overtake the price of a nuclear-powered aircraft carrier in a few years.

Analysts from ArcView Market Research and New Frontier Data unveiled their annual report on the size of the legal pot market Monday, showing a 17% increase over 2014.

The marijuana market researchers predict overall sales will grow to $21.8 billion by 2020 at a compound annual rate of 30%. Voters in at least seven states will consider allowing adults to get high legally this year and 86% of Americans now live in states with some form of legal marijuana use.

“Many in the business and financial sector have taken a ‘wait and see’ approach to the legal cannabis industry,” the publishers wrote in an introductory letter. “The data in this report confirms what pioneer investors and entrepreneurs suspected: legalization of cannabis is one of greatest business opportunities of our time and it’s still early enough to see huge growth.”

Yet the figures already lend themselves to fun comparisons. They may never add up to the $710 billion Americans spend each year at bars and nightclubs or the $400 billion projected overall cost of the Department of Defense’s most costly and ambitious fighter jet program.

But the 2015 sales would buy 33 F-35 Joint Strike Fighters, based on the Government Accountability Office’s estimate. And when legal weed sales grow to $12 billion in 2018, the proceeds would be more than enough to pay for the city-sized USS John F. Kennedy aircraft carrier currently in the works.