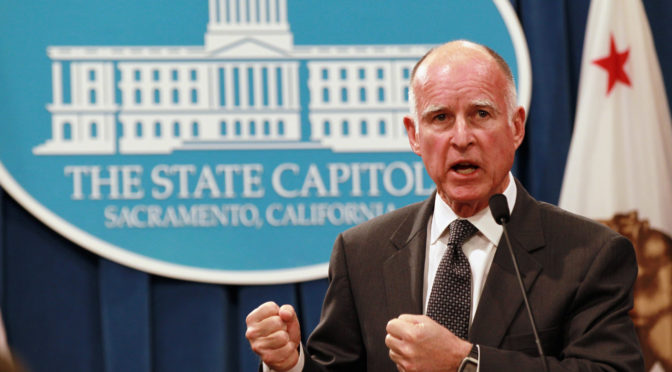 Gov. Jerry Brown signed off on a variety of bills in September that aim to protect patients and health care consumers.

The following laws are set to go into effect in 2017.

AB 72: “Surprise medical bill” legislation by Assemblyman Rob Bonta (D-Oakland) was among the most-talked-about measures of the year in Sacramento. It promises to better protect consumers against unexpected medical bills.

Patients can receive such bills when they use a hospital or clinic considered in-network by their insurance plan but are treated by a provider who does not contract with the insurer such as radiologists, anesthesiologists and pathologists. With the goal of keeping patients out of the fight between providers and insurers, the new law essentially sets a reimbursement rate requiring insurers to pay out-of-network doctors 125 percent of the amount Medicare pays for the service or the insurer’s average contracted rate, whichever is greater.

“With his signature, Governor Brown has enacted some of the strongest patient protections in the nation against surprise medical bills. This issue has been debated but has gone unresolved for decades,” Bonta said in a statement.

SB 482: Amid a national opioid epidemic, Brown approved legislation that requires doctors to check a patient’s prescription history in a state database before prescribing any potentially addictive drugs.

The bill, by Sen. Ricardo Lara (D-Bell Gardens), calls for doctors to consult California’s prescription drug monitoring database when prescribing controlled substances. Failure to do so under the new law could result in disciplinary action, although there is no way to ensure that doctors actually use this tool before prescribing.

The new law is meant to put a stop to “doctor shopping” — the practice of visiting multiple doctors to obtain prescription for opioids.

SB 586: The legislation, a compromise between the Department of Health Care Services and children’s advocates, aims to slow down and improve plans to overhaul the way the state’s most medically fragile children receive care.

Currently, severely ill children with conditions like cancer or cerebral palsy receive care through an 89-year-old state program known as California Children’s Services. The Department of Health Care Services announced its plan last year to move these children into Medi-Cal managed care plans to streamline their care. Parents and child advocates argued that the transition was too quick and poorly planned, and could interrupt care for these children. The bill adds changes demanded by parents and advocates to improve case management and coordination for children affected by the transition.

The bill, introduced by the head of the state’s Senate Health Committee, Sen. Ed Hernandez (D-West Covina), allows DHCS to implement the transition to 21 counties by July 2017. The remaining counties will follow. The full transition of the state’s 190,000 children should be complete by 2022.

SB 908: This bill will allow consumers to learn when their health insurance premium rates have been considered “unreasonable” by state officials. Current law requires that unreasonable rate hikes be posted online by one of the two state agencies that regulate insurers — the Department of Managed Health Care or the California Department of Insurance. But consumers don’t check online, the bill’s supporters argued.

The new law will require insurers to notify individuals and small businesses directly in writing — at least 60 days before the rate changes — so that consumers can shop around if they choose.

SB 1076: This law, sponsored by the California Nurses Association, was designed to protect hospital patients in “observation” care. It requires that observation units meet the same staffing standards — nurse-to-patient ratios — as those in the emergency room.

Outpatient services are not covered by the same patient protection regulations as inpatient units, and many times patients are left in an observations status for a long period of time, according to supporters of the law. In addition, such treatment is not counted toward the three days of hospitalization that Medicare requires for a patient to be covered for nursing home care once they are discharged from the hospital.

The new law will also require that hospitals report summaries of the care they provide during observation status to the Office of Statewide Health Planning and Development for data collection.