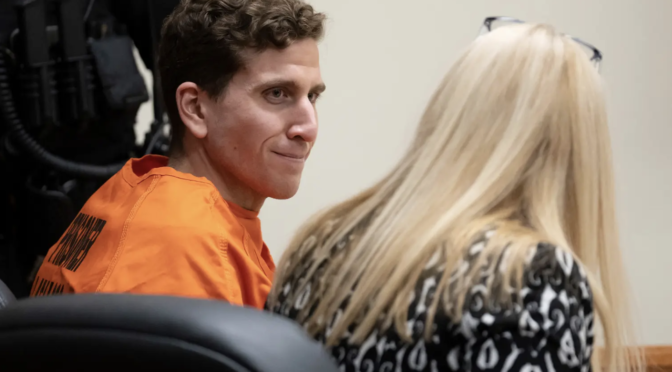 The BTK Killer has axed rumors he was in contact with accused quadruple killer Bryan Kohberger.

“No on Kohberger all around,” the convicted serial killer, whose real name is Dennis Rader, told TMZ in response to a query about whether he had connected with the 28-year-old accused murderer of four college students in Moscow, ID.

Kohberger, who was arrested on Dec. 30 at his parents’ home in Albrightsville, Pa., had previously studied under forensic psychologist and true crime writer Katherine Ramsland while attending DeSales University in Central Valley, Pa.

Ramsland, the author of 69 books, wrote a headline-making opus about the BTK — “Bind, Torture, Kill” — killer, in collaboration with her subject, who is currently serving 10 life sentences for slaughtering 10 people in Wichita, KS, from 1974 to 1991. Rader had mocked police for years with letters and newspaper articles, until the coldblooded murderer was finally nabbed in 2005.

Rader’s estranged daughter, Kerri Raison, told NewsNation that she was “pretty shocked” to learn that there was “potentially a connection to my father.” She suggested that her father could have contacted or had an influence on Kohberger, considering that Ramsland had been his teacher.  Rader admitted that this theory wasn’t all that far-fetched.