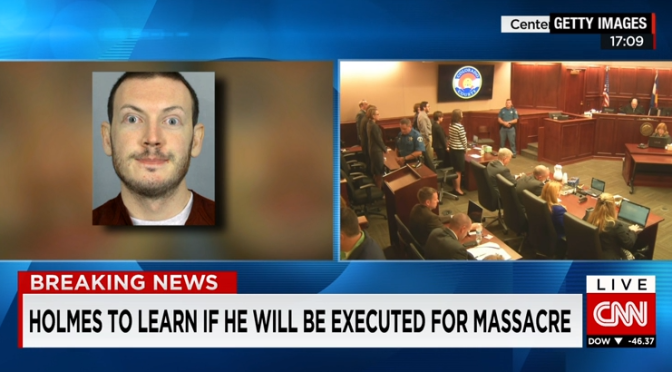 (CNN)James Holmes, condemned to spend the rest of his life in a Colorado prison, was allegedly assaulted there by a fellow inmate, a state corrections spokeswoman said Saturday.

The incident occurred earlier this month at the Colorado State Penitentiary, which Holmes’ calls home given his multiple life terms for carrying out the Aurora movie theater massacre that killed 12 and wounded 70.

“It was not an attack, it was a very minor incident in passing in a hallway,” Adrienne Jacobson, a spokeswoman for the Colorado Department of Corrections, told CNN.

While the 27-year-old Holmes wasn’t injured, the incident was serious enough to warrant charges against the other inmate.

Jacobson told the Denver Post that inmate, 27-year-old Mark Daniels, will be charged with assault on Holmes and assault on a correctional officer.

The Colorado newspaper said that it first learned of the encounter in a letter received Friday, purportedly from Daniels, saying the incident occurred October 8. But corrections officials hadn’t seen the letter and couldn’t confirm that Daniels wrote it.

Who were the victims?

Prior to this, Daniels had been eligible for parole on February 25, 2017, according to a Department of Corrections online database. He stands 6 feet, 4 inches and weighs 195 pounds.

The Post reports that Daniels, who has gone by many aliases, is serving time on menacing, auto theft, assault and smuggling contraband into prison charges out of Jefferson and Adams counties.

Holmes, wearing a helmet, gas mask and ballistic gear, tossed tear gas into Theater 9 of the Century 16 megaplex in Aurora during the first minutes of a midnight showing of “The Dark Knight Rises” in July 2012. Armed with a shotgun, a rifle and a pistol, he opened fire; he had more than 700 rounds of ammunition with him. After his gun jammed, Holmes walked out of the theater and surrendered.

This month’s alleged assault on him comes less than two months after he was sentenced to one life term for each of the 12 people he killed, plus 3,318 years for the attempted murders of those he wounded and for rigging his apartment with explosives. Prosecutor George Brauchler said he believed the sentence was the fourth-longest in U.S. history.