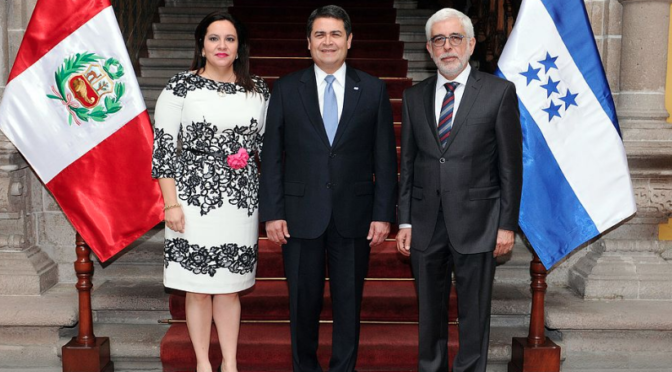 Juan Orlando Hernández, aka JOH, 53, the former President of Honduras, will make his initial appearance tomorrow, April 22, before Magistrate Judge Stewart D. Aaron in federal court in New York after being extradited today from Honduras. A federal court unsealed drug-trafficking and weapons charges today in a superseding indictment against Hernández.

The indictment charges that from at least in or about 2004, up to and including in or about 2022, Hernández, the former two-term President of Honduras, participated in a corrupt and violent drug-trafficking conspiracy to facilitate the importation of hundreds of thousands of kilograms of cocaine into the United States. Hernández allegedly received millions of dollars to use his public office, law enforcement, and the military to support drug-trafficking organizations in Honduras, Mexico, and elsewhere.

“The Justice Department is taking a comprehensive approach to protecting our communities and our country from violent crime,” said Attorney General Merrick B. Garland. “The Department is committed to disrupting the entire ecosystem of drug trafficking networks that harm the American people, no matter how far or how high we must go.”

“Juan Orlando Hernández, the recent former President of Honduras, allegedly partnered with some of the world’s most prolific narcotics traffickers to build a corrupt and brutally violent empire based on the illegal trafficking of tons of cocaine to the United States,” said U.S. Attorney Damian Williams for the Southern District of New York. “Hernández is alleged to have used his vast political powers to protect and assist drug traffickers and cartel leaders by alerting them to possible interdictions, and sanctioning heavily armed violence to support their drug trade. I commend the career prosecutors of the Southern District of New York for their tireless efforts to disrupt the entire illicit drug trafficking ecosystem, from street-level dealers to a former world leader, and everything in-between.”