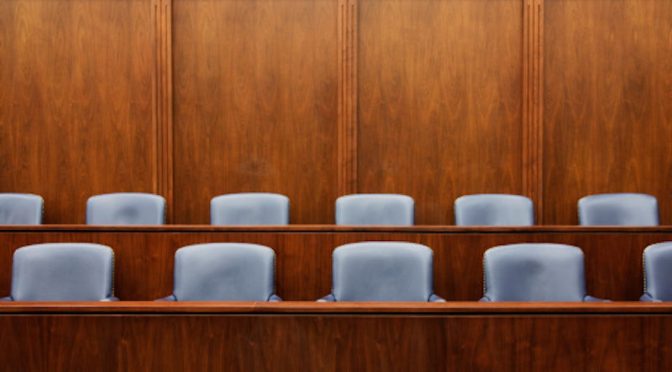 The East Bay Times reports that as many as ten prospective jurors have refused to serve under Aaron Persky, the judge who presided over Brock Turner’s sentencing, in a new, unrelated case.

According to the paper, one prospective juror stood up and said, “I can’t believe what you did,” referring to the six-month sentence Persky gave Turner after the ex-Stanford student was convicted of three felonies, including assault with the intent to commit rape. Another juror said, “I’m sorry, I can’t be here.” Persky’s new case is a misdemeanor stolen property case.

Each time a juror refused, Persky said “I understand,” thanked the juror and dismissed them.

Since Persky gave Turner his sentence (which will likely be reduced to three months) last week, there have been calls for his resignation and removal. Earlier this week, the Daily Dot covered two petitions for Persky’s recall, including one by Stanford professor Michele Dauber. On Sunday, Dauber shared a letterwritten by Dan Turner, Brock’s father, advocating for leniency. In that letter, Dan Turner described his son’s sexual assault on an unconscious woman as “20 minutes of action.”

Persky, who was recently reelected to the bench after running unopposed, has a history of presiding over controversial rape cases. In 2011, Persky presided over the civil case of an underage victim who alleged that she was gang-raped by multiple members of the De Anza College basketball team in 2007.

That case has shades of the Turner case: an unconscious victim, college athletes, and bystanders who intervened to end the assault, all on a college campus. Though none of the alleged De Anza rapists were ever prosecuted (a deeply controversial decision made by Santa Clara County District Attorney’s Office), the victim sought recourse in civil court, suing for $7.5 million in damages.

During that civil trial, Persky made a controversial evidentiary ruling whichallowed the jury to view seven photographs of the alleged victim “partying about a year or so after the alleged gang rape. In the photos, she is scantily clad, wearing a garter belt and what appear to be fishnet stockings.” Lawyers for the defendant claimed that the photographs were a “direct contradiction” of the alleged victim’s claims. The victim, inevitably, lost the lawsuit.

Though the De Anza case didn’t go “viral,” it speaks, perhaps, to the contradictions of a judge who campaigned as tough on sexual predators and a vocal advocate of victims.