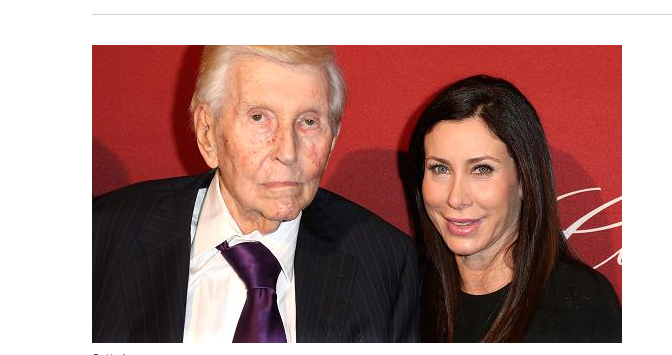 That must have been a hell of a flight.

Media titan Sumner Redstone gave out many millions of dollars to multiple women — mistresses, a flight attendant and that attendant’s sister — according to legal documents filed Monday by his 45-year-old ex-girlfriend.

The explosive allegations by former Redstone paramour Sydney Holland were accompanied by a warning that she “may be forced” to seek testimony from the 93-year-old mogul’s celebrity friends as well as from executives from Viacom and CBS, whose shares he controls, to substantiate her salacious claims.

Redstone’s legal team, in an emailed statement to CNBC, said, “Ms. Holland’s cross-complaint is a work of fiction punctuated by not-so-subtle threats of extortion and an overwhelming stench of greed.”

In her Los Angeles Superior Court filing, Holland said Redstone “gave tens of millions of dollars to various other women — who he had no intention of marrying and was not in love with — at the time he was engaged to marry” Holland.