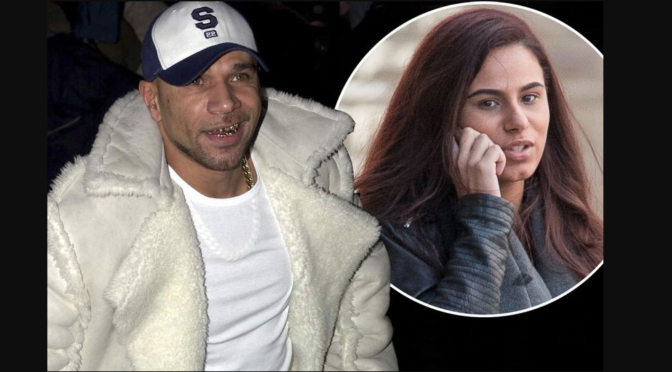 The 52-year-old had things to do and people to see, so he just phoned in his plea

DJ Goldie made legal history on Thursday by pleading guilty to a Glastonbury Festival assault via Facetime.

The 52-year-old and his daughter Chance, 19, were due in court charged with assault following a brawl with a bouncer at the festival last summer.

But Goldie was away working in Thailand, so instead phoned in with his change of plea, and he’s believed to be the first person in British legal history to do so.

Goldie’s daugher Chance appeared at Bristol Magistrates’ Court on time but when her father was finally contacted he tried to enter his guilty plea via his solicitor who read out an email from him containing his instructions.

The moment came suddenly, surprisingly. After nearly a year of sitting silently in a courtroom — and more than two years after a parade of women accusing him of sexual assault had stepped forward — Bill Cosby spoke out in court about the criminal charges against him.

“The Drake,” he said of the hotel where he is alleged to have plied a woman with Champagne — then assaulted her after she passed out — “is in Chicago.”

The clarification, offered to correct a district attorney’s mistake during a pretrial hearing in December, rang out to surreal effect around the courtroom: What defendant helps a prosecutor identify the site of an alleged sexual assault?

One thing was clear: Cosby was not going to let others define his actions for him, even with an offhand misstatement of where an incident took place.

As Cosby’s sexual assault trial begins Monday in a suburban courtroom north of Philadelphia, the disgraced entertainer will try to seize the narrative, just as he did when he gave his first major interview about the case to Sirius XM host Michael Smerconish last month.

Cosby is charged with three counts of aggravated indecent assault stemming from a 2004 encounter at his Cheltenham, Pa., mansion with Andrea Constand, a former Temple University basketball coach, in which he allegedly initiated sexual contact after giving her wine and a pill.

The outcome could determine whether the entertainer goes to prison for up to 10 years.