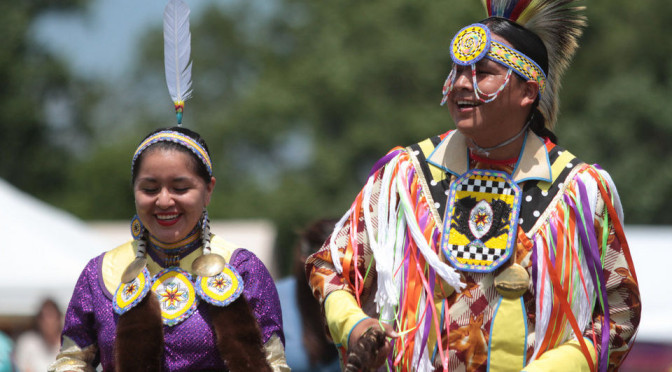 Tribes across the U.S. are finding marijuana is risky business nearly a year after a Justice Department policy indicated they could grow and sell pot under the same guidelines as states.

Federal raids on tribal cannabis operations in California followed by a South Dakota tribe’s move this month to burn its crop amid fears it could be next have raised questions over whether there’s more to complying with DOJ standards than a department memo suggested last December.

The uncertainty — blamed partly on thin DOJ guidelines, the fact that marijuana remains an illegal drug under federal laws, and a complex tangle of state, federal and tribal law enforcement oversight on reservations— has led attorneys to urge tribal leaders to weigh the risks involved before moving forward with legalizing and growing pot.

“Everybody who is smart is pausing to look at the feasibility and risks of growing hemp and marijuana,” said Lance Gumbs, a former chairman of the Shinnecock Tribe in New York and regional vice president of the National Congress of American Indians. “But are we giving up on it? Absolutely not.”

At a conference on tribal economic development held in Santa Fe, tribal leaders and attorneys said Wednesday that the raids have shown there may be more red tape for tribes to negotiate when it comes to legalizing cannabis than states have faced.

That’s especially the case for tribes that are within states where marijuana is not legal. In those cases, tribes may face the challenge of figuring out how to bring cannabis seeds onto reservations without crossing a state jurisdiction, and sheriffs and state officials are bound to be less approving of marijuana, said Blake Trueblood, director of business development for the National Center for American Indian Enterprise Development, host of the conference.

The DOJ memo sent to U.S. attorneys last December directed them not to prioritize prosecuting federal marijuana laws in most cases where tribes legalized the drug for medical or recreational use. The memo calls for tribes to follow an eight-point policy standard that includes taking measures to keep pot out of the hands of children and criminal networks, and not transport it across federal or state jurisdictions where it remains illegal.

“Industrial hemp, medical marijuana and maybe recreational marijuana present a lot of opportunity. But for now, the best advice is to proceed with caution,” said Michael Reif, an attorney for the Menominee tribe in Wisconsin, where tribal leaders filed a federal lawsuit Wednesday after federal agents recently destroyed hemp plants grown for research. “We’re seeing the ramifications of things being unclear in a way states didn’t.”

The Flandreau Santee Sioux in South Dakota — a state where marijuana isn’t legal — was the first to approve recreational pot under tribal law with a vote in June, and was one of the most aggressive about entering the industry, with plans to open the nation’s first marijuana resort on its reservation north of Sioux Falls.

But after weeks of discussions with authorities who signaled a possible raid, the tribe announced last week it had burned all of its marijuana plants. Anthony Reider, the tribe’s president, told The Associated Press the main holdup centered on whether the tribe could sell marijuana to non-Indians, along with issues over where the seed used for planting originated.

He suggested that by burning the crops, the tribe could have a clean slate to relaunch a grow operation in consultation with authorities.

In California, the Alturas and Pit River Indian rancherias’ marijuana operations were raided by federal authorities, with agents seizing 12,000 marijuana plants in July. The regional U.S. attorney’s office said in a statement that the two neighboring tribes planned to distribute the pot off tribal lands and the large-scale operations may have been financed by a foreign third-party.

It’s not clear if the two tribes have plans for new marijuana ventures, and calls from the AP were not immediately returned.

The California and South Dakota tribes are three of just about a half-dozen so far this year that have legalized medical or recreational marijuana on their reservations.

The Squaxin Island Tribe in Washington state is another, and just opened a store last week for retail sales of the drug. But most expect the tribe to face fewer legal challenges because Washington allows for recreational marijuana use and the tribe entered into a compact with the state that sets guidelines for taxing pot sales.

“The tribes are not going to be immune to what the local attitudes toward marijuana are going to be,” Trueblood said. “If there’s one 30,000-feet takeaway from this year, it’s that you’re not going to be successful if you don’t work with your local governments or U.S. attorneys.”