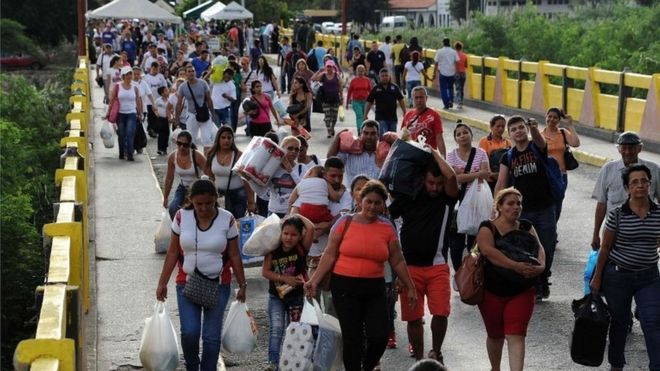 Venezuela has closed its border with Colombia for 72 hours in the latest measure to combat smuggling gangs.

Many items subsidised by Venezuela’s socialist government, including diesel and petrol, are sold at a huge profit over the border in Colombia.

On Sunday, he announced that the country’s highest denomination bank note would be taken out of circulation.

“Let’s destroy the mafia before the mafias destroy our country and our economy,” he said on national television.

“This measure was inevitable, it was necessary,” he added. “The mafias will go bust.”

Venezuela last closed most border crossings with Colombia in August 2015. The border was partially reopened a year later.

In 2015, the Colombian government complained that it had not been consulted or informed.