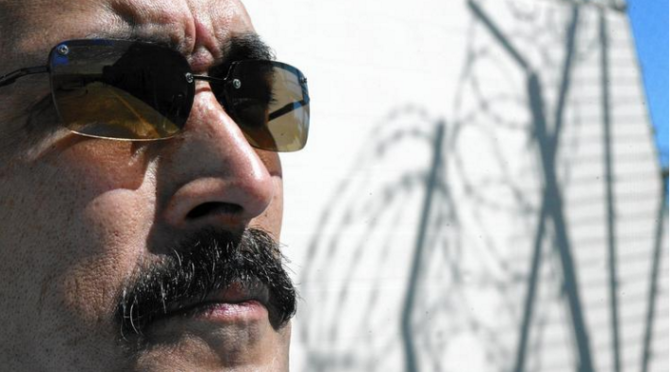 Rene “Boxer” Enriquez has been in prison since 1993 on a 20 years-to life sentence for two murders, multiple assaults and conspiracy to traffic in controlled substances.

It’s the second time parole officials decided that he can safely be released. However, Gov. Jerry Brown last year rejected parole for the 53-year-old Enriquez and Brown has about five months in which he can block it again.

“Hopefully this time the governor will let him go home,” Enriquez’s attorney, Michael Beckman, said after the hearing.

Brown last year rejected Enriquez’s parole in part because of concerns that he would be targeted for retaliation by other gang members if he is released. That could endanger Enriquez, his family, parole agents and the community, Brown said.

That concern was reflected in Friday’s hearing. Prison officials kept the timing and location of the hearing secret, citing safety concerns for Enriquez and prison employees.

Los Angeles County Deputy District Attorney Steve Sowders said three survivors were allowed to use only their first names as they testified against his parole by video conference.

“They’re concerned about their safety,” he said. “This is because of the case involves the Mexican Mafia.”

He has talked in recent years to various groups of officers and provided valuable information on the transnational criminal enterprise to which he once belonged, Los Angeles Police Deputy Chief Michael Downing said afterward.

Enriquez cited his cooperation and the self-improvement classes he has taken in prison as he spoke for more than three hours Friday, according to a Los Angeles Times reporter who watched by video conference. The reporter described him as sitting like a businessman at a board meeting before the two-person parole panel, his hair slicked back and cut short on the sides.