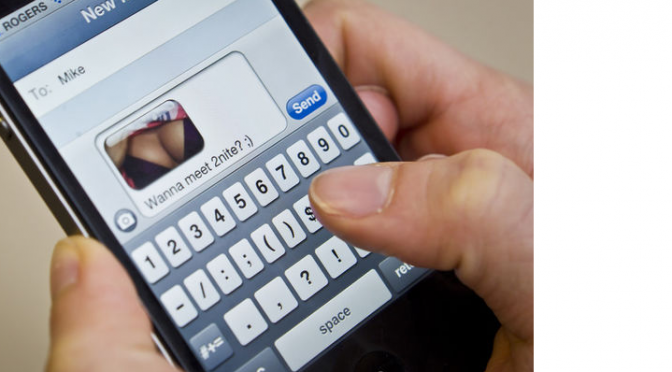 Most states consider sexually explicit images of minors to be child pornography, meaning even teenagers who share nude selfies among themselves can, in theory at least, be hit with felony charges that can carry heavy prison sentences and require lifetime registration as a sex offender.

Many authorities consider that overkill, however, and at least 20 states have adopted sexting laws with less-serious penalties, mostly within the past five years. Eleven states have made sexting between teens a misdemeanor; in some of those places, prosecutors can require youngsters to take courses on the dangers of social media instead of charging them with a crime.

At least 12 other states are considering sexting laws this year, many to create new a category of crime that would apply to young people.

But one such proposal in Colorado has revealed deep divisions about how to treat the phenomenon. Though prosecutors and researchers agree that felony sex crimes shouldn’t apply to a pair of 16-year-olds sending each other selfies, they disagree about whether sexting should be a crime at all.

Colorado lawmakers this week delayed a vote on creating a new misdemeanor crime of “misuse of electronic images” by teens.

Colorado’s bill was prompted by a scandal last year at a Canon City high school where more than 100 students were found with explicit images of other teens. The news sent shockwaves through the city of 16,000. Dozens of students were suspended, and the football team forfeited the final game of the season.

In a similar case last year out Fayetteville, North Carolina, two dating teens who exchanged nude selfies at age 16 were charged as adults with a felony — sexual exploitation of a minor. After an uproar, the charges were reduced to misdemeanors.

Colorado currently classifies sexting as felony child exploitation, punishable by up to 12 years in prison and lifetime registration as a sex offender.

“What we want to do is get away from the life-altering and devastating effect of a felony charge … by having lower-level crimes,” said Republican Rep. Yeulin Willett of Grand Junction, who sponsored the new bill.

But the legislation sparked a fiery backlash from teens and researchers who told lawmakers that sexting is so prevalent that even a misdemeanor, punishable by a year in jail, is too harsh.

“All different types of youth do it,” said Samantha Dehart, a 19-year-old college student who testified against the bill. “I can count on one hand the number of teens I know that have not practiced sexting.”

Amy Hasinoff, a communications professor at the University of Colorado-Denver who wrote a book on sexting last year, called the practice the modern version of a love letter or sexy Polaroid picture.

“Sexting is often portrayed as something that’s harmful, but we’re not seeing a lot of evidence of that,” she told lawmakers. She pointed out that it’s legal for two 17-year-olds to have sex, but not to consensually take pictures of themselves doing it.

Several prosecutors who argued in favor of the bill countered that minors aren’t capable of consensual sexting.

“Juveniles, left to their own devices … will do things that potentially hurt themselves,” said Arapahoe County District Attorney George Brauchler. “We don’t let them own guns. We don’t let them rent cars. We don’t even let them vote, because we don’t trust their judgment.”

A Colorado House committee put off a decision on the bill Tuesday. Willett said he would amend his proposal to make teen sexting a petty crime, punishable by up to six months.

Hasinoff warned lawmakers that they will need to address the question soon: “Sexting is very common, and it’s not going away.”