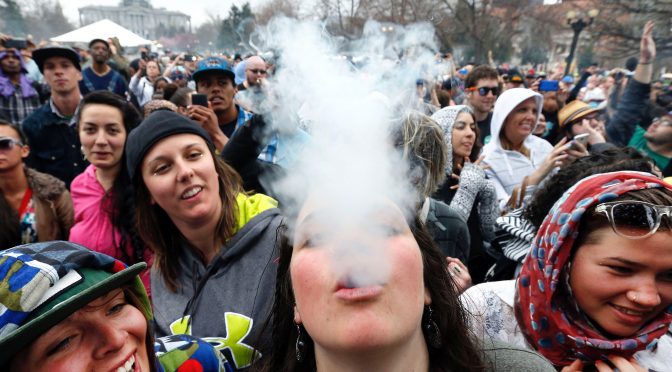 WASHINGTON (AP) — Six states that allow marijuana use legal tests to determine driving while impaired by the drug that have no scientific basis, according to a study by the nation’s largest automobile club that calls for scrapping those laws.

The study commissioned by AAA’s safety foundation said it’s not possible to set a blood-test threshold for THC, the chemical in marijuana that makes people high, that can reliably determine impairment.

Yet the laws in five of the six states automatically presume a driver guilty if that person tests higher than the limit, and not guilty if it’s lower.

As a result, drivers who are unsafe may be going free while others may be wrongly convicted, the foundation said.

The foundation recommends replacing the laws with ones that rely on specially trained police officers to determine if a driver is impaired, backed up by a test for the presence of THC rather than a specific threshold. The officers are supposed to screen for dozens of indicators of drug use, from pupil dilation and tongue color to behavior.

At least three states, and possibly as many as eleven, will vote this fall on ballot measures to legalize marijuana for either recreational or medicinal use, or both. Several legislatures are also considering legalization bills.

“There is understandably a strong desire by both lawmakers and the public to create legal limits for marijuana impairment in the same manner we do alcohol,” said Marshall Doney, AAA’s president and CEO. “In the case of marijuana, this approach is flawed and not supported by scientific research.”

Determining whether someone is impaired by marijuana, as opposed to having simply used the drug at some time, is far more complex than the simple and reliable tests that have been developed for alcohol impairment.