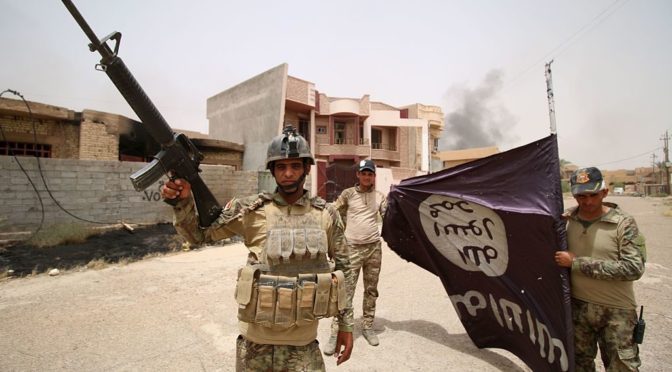 The Italian newspaper La Stampa claims the Camorra and ‘Ndràngheta mafia groups in southern Italy are giving weapons to the terrorist organization ISIS in exchange for rare cultural artifacts stolen from Libya, writes Hannah McGivern of the Art Newspaper.

The weapons are being smuggled into Italy from Ukraine and Moldova by Russian criminals. The artifacts––taken from Sabratha, Cyrene, and Leptis Magna in Libya, all UNESCO World Heritage Sites—are being shipped from the Libyan city Sirte, a former ISIS presidio, to Gioia Tauro in Calabria, a port that ‘Ndràngheta members have used for pumping cocaine into Europe.

La Stampa journalist Domenico Quirico posed as an antiquities dealer to infiltrate ‘Ndràngheta-controlled trade around Naples. He was offered a carved head from what seemed to be a second-century Roman statue for nearly $66,000 and saw pictures of a Greek god figure available for about $1.1 million. Objects from Italian necropolises were also being sold. The clientele for the mafia groups appear to be located in China, Japan, Russia, and the UAE.

Italy’s interior minister, Angelino Alfano, said in a recent interview, “The criminal turnover of the so-called Islamic state comes from a series of factors, including the sale of works of art that have escaped the iconoclastic fury of the militants.” But Syria’s antiquities chief, Maamoun Abdulkarim, told the Art Newspaper that seventy percent of the artifacts taken from anti-smuggling operations in Lebanon and Syria have proven to be inauthentic.