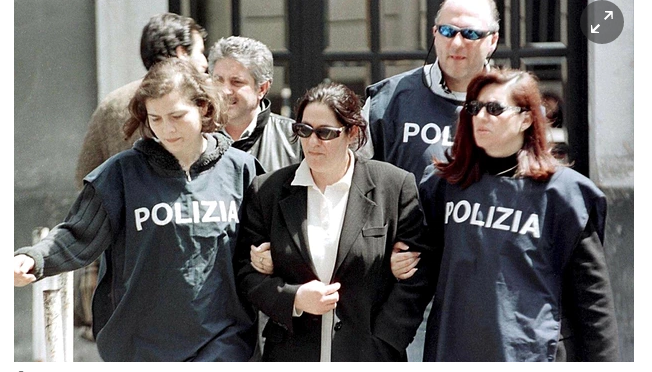 Italian police have arrested dozens of suspected Mafia members in an international operation to dismantle a powerful Sicilian crime group run by women.

Over 500 officers took part in the raid on the Laudani clan in the Sicilian port of Catania, nicknamed “Mussi di ficurinia” (“Prickly pear lips”), in a sting that also involved forces in Germany and the Netherlands, Italian police told AFP.

Three women, known as the three queens of Caltagirone, a town near Catania, had ruled the clan with an iron grip as well as governing all financial matters but were brought down by the heir to the clan who began helping police.

The suspects were all wanted for Mafia association, extortion, drug trafficking and possessing illegal arms.

Of 109 arrest warrants issued on Wednesday, 80 people were detained, 23 were already serving time in prison and six are still eluding capture, police said.

Italian authorities say Giuseppe Laudani was selected to run the clan when he was 17 after his Mafia boss father was killed but he turned to police and told how the three women, Maria Scuderi, 51, Concetta Scalisi, 60 and Paola Torrisi, 52, had raised him.

Known as “the prince”, he described a world of violence and vendettas, with the women building power after his aunt Concetta’s life was saved by his father during an attempted assassination at the end of the 1980s, Italian media reports said.

Torrisi, daughter of a mobster boss who used to manage the clan’s international drug trading, was still young when she began to organise couriers in the area around Mount Etna, the active volcano which dominates Catania.

Laudani also told police about his brother Pippo and half-brother Alberto Caruso, as well as his grandfather Sebastiano Laudini, 90, who had served time between 1986 and 2012 and is now back under house arrest.

According to prosecutor Michelangelo Patane, the clan, which had sought ties with the cocaine-running ’Nrangheta mafia in Calabria, had a huge arsenal of weapons, including two bazookas.

The rocket launchers were intended for use in hits on several Sicilian magistrates but the plan was foiled when another informer told police the weapons were hidden in a garage on the slopes of Mount Etna.

The Laudani are believed to be behind a string of violent attacks in the 1990s, including the murder of a prison warden and a lawyer who had refused to be bought.

Police said they had been hampered in their investigations by local business owners, who either lied about being the victims of attempts to extort money from them or admitted the extortion but refused to help identify those responsible.

The Sicilian Mafia, known as “Cosa Nostra” or “Our Thing”, was Italy’s most powerful organised crime syndicate in the 1980s and 1990s, but has seen its power diminish following years of probes and mass arrests.