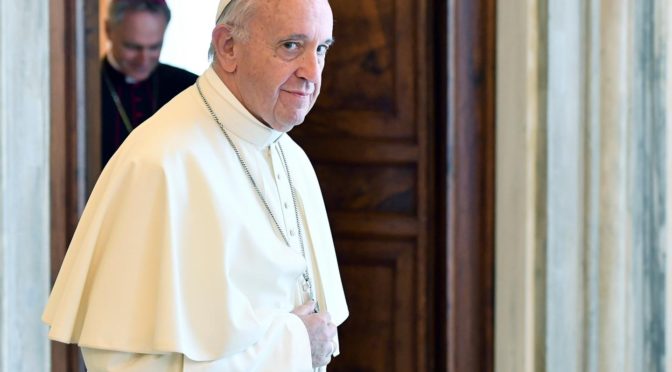 For decades, mafia movies and television shows, from The Godfather to The Sopranos, have extensively detailed not only rampant sin but also devout Catholicism. For real-life Tony Sopranos, though, that connection could soon be a thing of the past, leaving them with a straight choice between organized crime and organized religion.

Pope Francis’ campaign against corruption took a step forward Saturday when the Vatican released a statement announcing its intention to set up a legal doctrine targeting those guilty of corruption and mafia association. The statement came following the Vatican’s hosting of the first ever “International Debate on Corruption,” featuring around 50 people, including anti-mafia magistrates, victims and officials from the United Nations and multiple countries.

“We conceived of this meeting to face a phenomenon that leads to the trampling of the dignity of people,” Cardinal Peter Turkson said. “Therefore it is up to us, and this Dicastery, to be able to protect and promote respect for the dignity of the person. And for this reason we seek to attract attention to this matter.”

On the same day as the conference, Turkson’s book on corruption called Corrosion was published. The foreword was written by the Pope, who in 2014 in a mass in Calabria told mobsters they were excommunicated.

“We must all work together, Christians, non-Christians, people of all faiths and non-believers, to combat this form of blasphemy, this cancer that weighs our lives,” Francis wrote in the foreword.