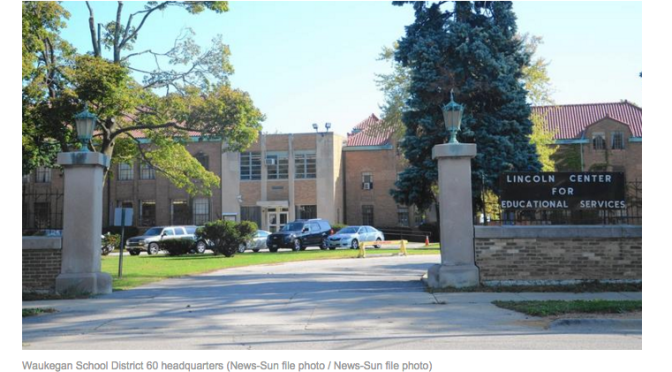 Officials with the U.S. Department of Education have confirmed that its Office for Civil Rights is investigating complaints against Waukegan Public School District 60, including allegations of racial discrimination in both discipline matters and sexual harassment protections.

Local activist Chris “Brotha” Blanks, who founded the Black Abolition Movement for the Mind in Waukegan, reported earlier this month that he filed a set of complaints against the district in October and was informed in December that an investigation would take place.

While an official with the department’s Chicago office said he was not authorized to comment following Blanks’ announcement, a Department of Education spokesman said in a Feb. 17 statement that an investigation was opened on Dec. 14 and no timeline or estimated date of completion could be reported. The spokesman added that “because this is an open investigation, (the Office for Civil Rights) cannot provide further details or case-specific information.”

In general, the statement added, the Office for Civil Rights (OCR) investigates issues of racial discrimination in the administration of discipline and also in differential treatment, denial of benefits, exclusion or retaliation as covered under Title VI, which prohibits discrimination on the basis of race, color, and national origin in programs and activities receiving federal financial assistance. Also investigated are alleged sexual violence issues related to Title IX, the federal law that guarantees female students protection from discrimination and sexual harassment.

Information on the complaints released by Blanks accuse the district of subjecting African-American and Hispanic students to exclusionary discipline “more frequently and for less serious offenses than white students.” A separate complaint claims the district fails to “promptly and equitably respond to complaints, reports and/or incidents of sexual harassment, including sexual violence.”

Regarding how such investigations proceed and what penalties might be involved, the Department of Education statement said policy dictates that an investigator serves as “a neutral fact-finder” in gathering information through data requests, interviews and site visits.

“It should be noted that the opening of an investigation by OCR in itself does not indicate that the institution is violating or has violated any federal law or that OCR has reached a conclusion as to whether a violation of any federal law exists,” the statement added. “As part of its investigation process, OCR gathers information through a variety of methods to determine if a school or district is meeting its obligations to comply with the civil rights laws that OCR enforces.

Districts found to have broken a law and refused to address the problems can lose federal funding or be referred to the U.S. Department of Justice for unspecified further action, according to the statement.

“Where the office finds that a violation has occurred, OCR works with the institution to reach a resolution agreement,” the statement added. “All resolutions are case-specific and fact-dependent. Through these agreements with schools, OCR has been able to attain strong remedies without the need to initiate enforcement actions, either through the initiation of an administrative hearing to terminate federal funding or a referral to the Department of Justice for judicial relief.

“However, initiating proceedings to revoke federal funds is a tool that OCR will utilize, if necessary, to achieve compliance.”

District 60 officials acknowledged in a statement released earlier this month that they had begun cooperating with the investigation.

“We are currently working to fulfill the Office of Civil Rights’ request for numerous documents and records, which will be used in the OCR’s investigation,” the Feb. 10 statement read. “As we work to comply with these requests we, unfortunately, cannot comment further.”