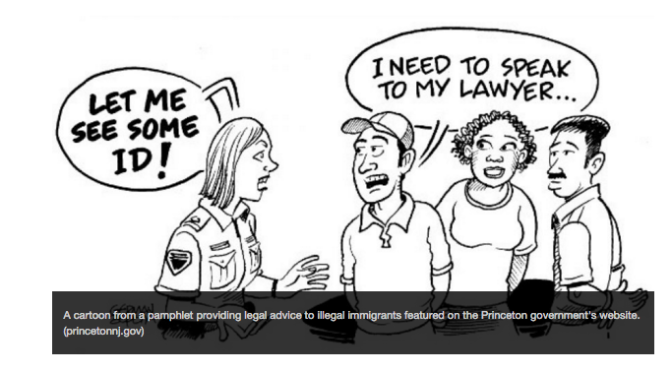 A New Jersey town is attempting to protect illegal immigrants from “really unfortunate” arrests by publishing handouts in English and Spanish that encourage immigrants “to remain silent” and “have a plan!” if confronted by U.S. Immigration and Customs Enforcement officers.

The response from Princeton officials comes following the targeted arrest of two illegal immigrants in the town early Thursday morning, one of whom had a drunken driving conviction, an ICE official told NJ.com.

Councilwoman Heather Howard has been a leading advocate for working with the local immigrant population to prevent detentions and deportations.

“These [arrests] are really unfortunate,” she told NJ.com. “They cause fear and panic in the community, and they work to undermine the community’s effort to improve law enforcement relations.”

“It’s not gonna hinder our operations,” Alvin Phillips said. “Standard operations are still ongoing and based on priorities.”

He added: “ICE arrests are not unfortunate. In fact to the contrary of previous reports — ICE actions are in keeping with the laws and homeland security priorities: National Security, Public Safety and Border Security. I will also add, arrests in question are afforded an opportunity to meet with legal counsel.”

Several “Know Your Rights” handouts on the town government’s website advise immigrants “if you or someone you love is deportable, have a plan!” Another section of one of the pamphlets tells immigrants to not “answer questions about your immigration status or where you were born. Keep saying you want to call your attorney.”

The publications come complete with cartoons of smiling immigrants flashing cards that say “I want to speak with my lawyer” and shocked immigrants being busted by angry ICE agents, often appearing menacing and wearing dark sunglasses.

The pamphlets even encourage readers not to provide their names to officers: “Remember that providing your name has risks, and that your name can be used to start a deportation process.”

A “Right To Remain Silent Card” is printed near the end of one of the publications with cut-out lines drawn around it for those who wish to detach and carry it. 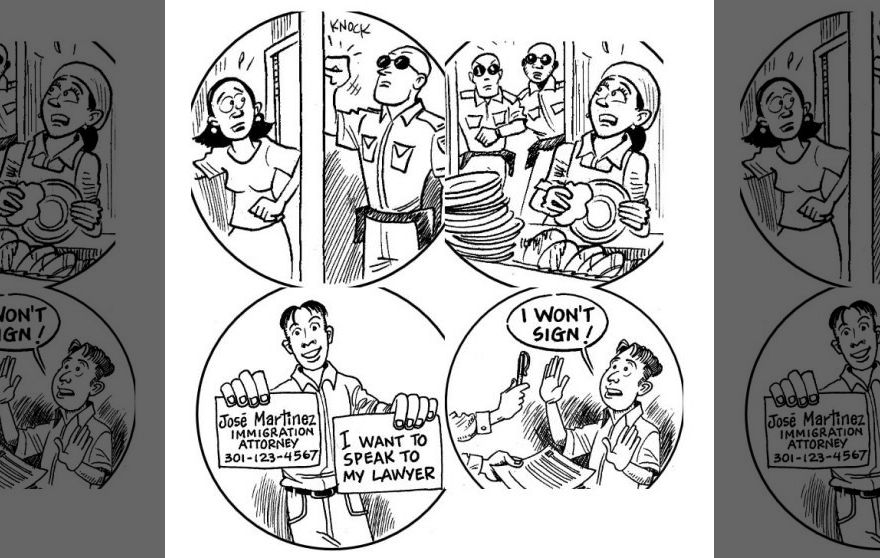 The card states: “TO WHOM IT MAY CONCERN: Please be informed that I am choosing to exercise my right to remain silent and the right to refuse to answer your questions. If I am detained, I request to contact an attorney immediately. I am also exercising my right to refuse to sign anything until I consult with my attorney.”

Elisa Neira, the executive director of Human Services, said the goal of the literature is to better inform illegal immigrants of their rights. 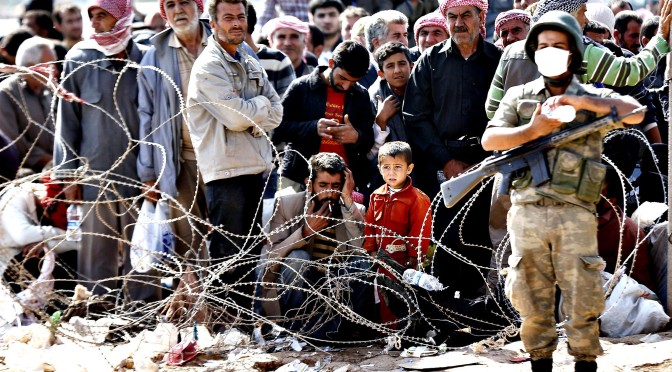