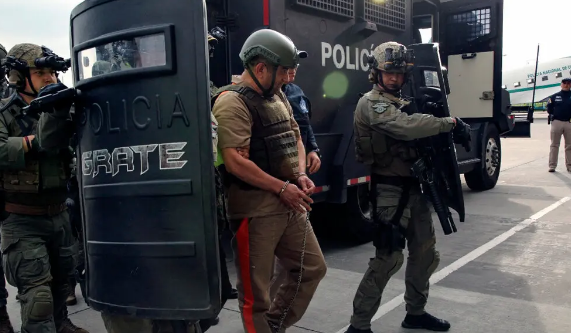 The man known as Otoniel is accused of smuggling tons of cocaine and assassinating police officers and civic leaders.

A man accused of leading a Colombian cartel was extradited to face federal drug-trafficking charges in Brooklyn, ending a yearslong effort to hobble an organization that a federal prosecutor said on Thursday smuggled an “outrageous” amount of cocaine into the United States.

Dairo Antonio Úsuga, more commonly known as Otoniel, led a force thousands strong. He was arrested in October and has long stood accused of carrying out assassinations of police officers and civic leaders.