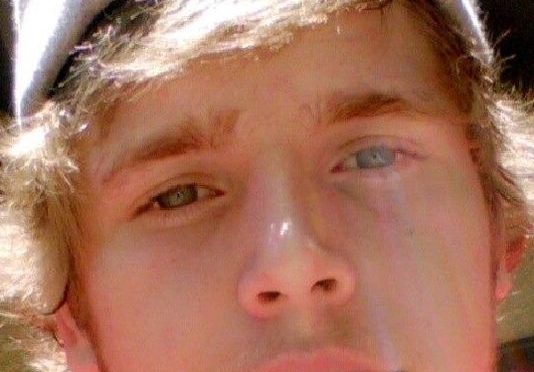 Police said Tuesday that Salem Ornelas and Talmontrai Taylor, both 18, and a 17-year-old girl were arrested over the weekend on suspicion of murder.

Police said that Anderson planned to meet and sell marijuana to a girl on June 29 at an apartment complex near Glendale and 43rd avenues. During the planned deal, police said Anderson was shot. He was pronounced dead the following day at a West Valley hospital.

Anderson’s friend told police that Anderson had arranged via Facebook to sell a half-ounce of marijuana to the female suspect, according to court documents.

While on the way to make the deal, Anderson told his friend that the female suspect would be at the location with her pregnant sister, according to court documents.

When Anderson and his friend arrived at the apartment complex, the friend saw a male and a female standing in the parking lot. Anderson got out of the vehicle to greet the suspects and Anderson’s friend offered to give the suspects a ride to an ATM machine to pay for the marijuana, according to court documents.

Court documents indicate that as Anderson entered the rear driver’s side of the vehicle, a male suspect pulled a tan-colored backpack from the vehicle that contained the marijuana. After the suspect took the bag and Anderson had entered the backseat, Anderson’s friend told investigators he heard multiple gunshots. The friend discovered Anderson had been shot and drove him to a nearby hospital, according to court documents.

Investigators used social media to identify the 17-year-old female suspect, who was located in the same vicinity of the shooting, according to court documents.

Detectives performed surveillance of the apartment complex and later obtained a search warrant before arresting the three suspects.

Ornelas and Taylor were booked at a Maricopa County jail and the female suspect was booked at Durango Juvenile Court.