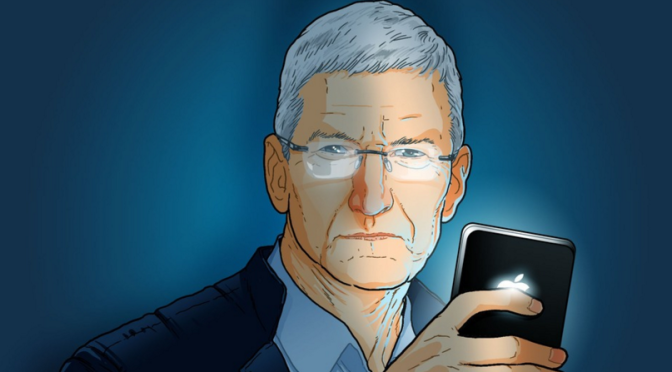 Apple may face an uphill climb in its latest fight with the feds over digital privacy.

The company’s CEO, Tim Cook, said in a statement on its website Wednesday that Apple opposes a federal court’s order to write special software so federal investigators can penetrate the passcode for an iPhone once used by Syed Farook.

Farook and his wife, Tashfeen Malik, were the perpetrators of a shooting spree in San Bernardino, Calif., on Dec. 2, which killed 14 people and injured 22 others. The shooters were later killed during a gunfight with police.

Agents from the Federal Bureau of Investigation and lawyers from the Justice Department have said Farook’s phone, and iPhone 5C, may contain key evidence about his communications in the weeks before the attack, but they cannot access it without Farook’s passcode.

FBI agents have been unable to access the phone’s contents because of security features built into the device’s software. Those include one that forces users to wait several minutes before entering different passcodes. Another erases a decryption key necessary to access the device’s data if a user enters a wrong passcode too frequently.

The judge’s order instructs Apple to write custom software, called a “Software Image File,” to bypass these security features so the FBI can quickly test an unlimited number of passcodes until it finds the right one. Once that as-yet-uncreated software is installed on the phone, security experts say it would take no more than a day to find the code.

News of the order triggered fierce debate last week as technologists wondered whether Apple can, as a matter of technical ability, comply with the demand, while privacy advocates said engineering such software could have dangerous security implications. Legal experts said it raises constitutional questions about how far the government can go when conscripting private, third parties to assist with law enforcement.

Cook’s statement, which indicated the company planned to fight the order in court, prompted the Justice Department to file a new motion on Friday, asking Pym to compel Apple to comply with her previous order.