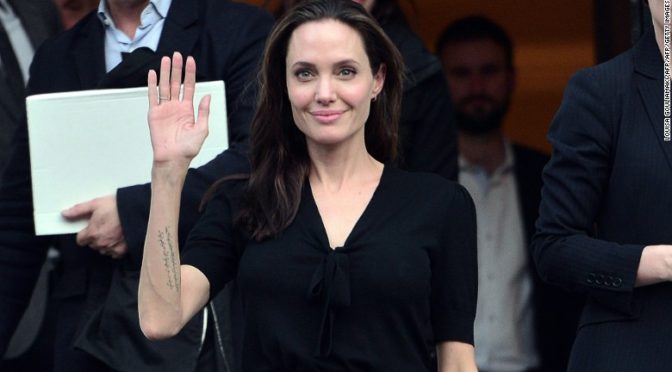 (CNN)When celebrities speak, it seems, the world listens — even when it comes to personal and public health.

Just look at what happened after Charlie Sheen’s HIV disclosure two years ago, said John Ayers, a research professor at San Diego State University.
Sales of in-home HIV testing kits reached record highs around the same time the actor announced that he had been diagnosed as HIV-positive in 2015, according to a study published in the journal Prevention Science on Thursday. Ayers was a co-author of the study.
About the same time, “in record numbers, people were going online, seeking out information on what the signs of HIV are, on how to find and appropriately prevent HIV with devices such as condoms and also how to get tested,'” Ayers said. “We’ve seen this … many times over.”
For the new study, Ayers and his co-authors monitored weekly sales of OraQuick, the only FDA-approved at-home oral HIV testing kit available in the United States, from 2014 to 2016.
The researchers found that there were 8,225 more sales than they expected the week of Sheen’s HIV status announcement. Elevated sales continued for four weeks after Sheen’s disclosure.
The findings show a correlation, not a direct causation. Yet in a previous study, Ayers and his colleagues also found that Google searches for HIV testing and related topics also spiked after Sheen’s announcement.
“The most common reaction is, ‘So what? What does a search really mean?’ Our new study shows not only did Sheen’s disclosure lead people to seek information about HIV prevention, it also corresponded with record levels of at-home rapid HIV testing sales,” Ayers said.

hey are not doctors, many celebrities have had both positive and negative ties to public health in recent years.