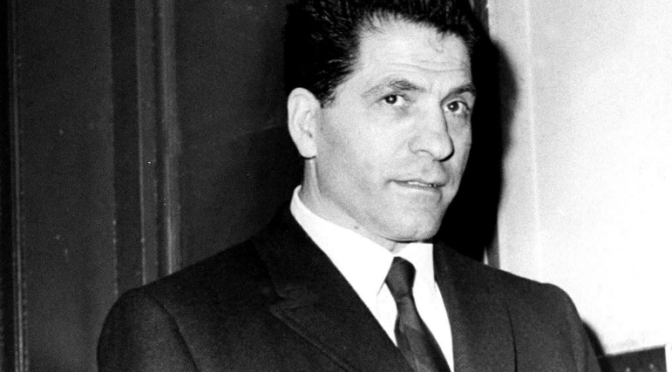 There were no flower cars outside the funeral of 103-year-old John ‘Sonny’ Franzese—but gospel music, funny stories, and eulogies from his loving grandkids made it much grander.

No cops or FBI agents were waiting outside with cameras.

No flower cars accompanied the hearse and the three black limousines that pulled up to Our Lady of Mount Carmel Church.

And unless you knew otherwise, you would not have imagined that the bronze coffin borne up the steps contained the mortal remains of New York’s last bigtime Mafia boss.

The first hint to someone not in the know only came when the priest, Monsignor David Cassato, offered a joke.

“There’s an expression, there’s two things in life you’re sure of, right?” Cassato said. “Death and…

“Taxes,” a number of the roughly 75 mourners joined him in saying.

“If you’re smart, Sonny told me, you can avoid some of those taxes,” Cassato said, drawing laughter even from those who appeared to be feeling the loss most keenly.

John Franzese, known as Sonny, had been the federal prison system’s oldest inmate and its only centenarian when he completed his last stint behind bars in 2017. He died in a Queens nursing home at the age of 103, having lived long enough to become known as the Nodfather for dozing off in court.