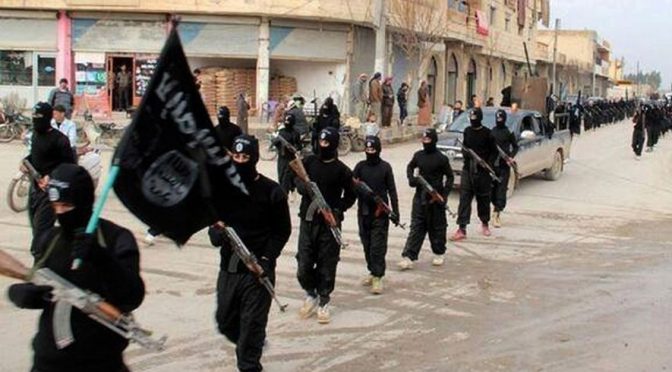 The Islamic State is steering followers to a “dark web” mafia site that offers murder and other mayhem for hire at a price of thousands of dollars in Bitcoins, the online currency.

The problem for the world’s most vicious terrorist army is that hackers in recent weeks have exposed the “Besa Mafia” destination as an elaborate fraud. It is likely run not by the real-life Besa Albania Mafia and its criminal networks in Europe and the United States, but by a guy living in Romania.

This means the Islamic State, also known as ISIL and ISIS, is sending its followers on a money-wasting venture that is not likely to get anybody killed.

The Islamic State’s endorsement of the Besa Mafia site was discovered by the Middle East Media Research Institute.MEMRI, which monitors jihadi traffic, found Islamic State’s June 14 message on the channel Cyber Kahilafah, which is carried on the encrypted messaging app Telegram.

Telegram is its own story. Invented by an exiled Russian technocrat as a way for dissidents to escape the wrath of Vladimir Putin, Telegram has become the go-to platform for jihadis’ planning and commanding terrorist attacks, according to its detractors.

The Besa Mafia location is one of the more intriguing stops on the mysterious dark web. Users can reach this sinister-sounding world anonymously via special browsers, such as The Onion Router, or TOR, that do not leave an IP address — no electronic fingerprints.