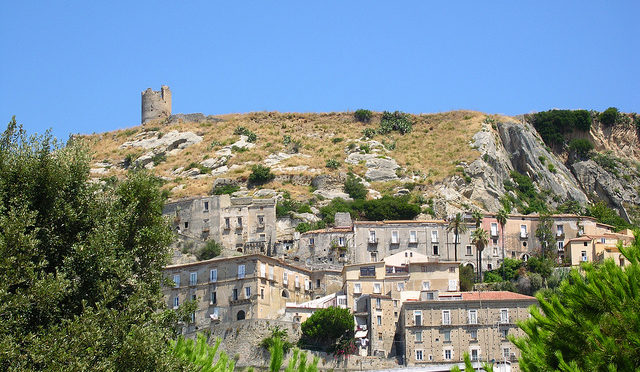 One of the most wanted fugitive bosses of the notorious Calabrian mafia was arrested on Thursday in what the government hailed as a “beautiful” victory for Italy’s fight against organized crime.

Marcello Pesce, the leader of one of the most powerful clans in the ‘Ndrangheta syndicate that controls much of Europe’s cocaine trade, was arrested in a flat in his home town of Rosarno in Calabria in Italy’s deep south.

Nicknamed “The Dancer”, Pesce, 52, was described by prosectuor Gaetano Paci as an intelligent, educated man. Books found in his residence included works by French writers Marcel Proust and Jean-Paul Sartre.

“Today is a beautiful day for Italy: Marcello Pesce, one of the most dangerous mafia figures still at large was brought to justice,” Interior Minister Angelino Alfano posted on Twitter.

Authorities accuse Pesce of being the ruthless head of a family-based clan that controls drug trafficking through the port of Gioia Tauro and also being behind the exploitation of migrant workers employed illegally in the local orange groves.

Former allies have testified to him ordering several killings, including one of an associate who had refused to kill a man blamed for a car accident in which Pesce’s wife died.

Police have been hunting him since 2010, when he was convicted, in his absence, of mafia association and sentenced to 15 years in prison, later raised to 16 years on appeal. Authorities had feared he had fled overseas.

Notoriously ruthless, the ‘Ndrangheta has surpassed Sicily’s Cosa Nostra and the Naples-based Camorra to become Italy’s most powerful criminal organisation thanks to its pivotal role in smuggling cocaine from South America into Europe via north Africa and southern Italy.

The clan-based syndicate has links with Colombian producer cartels, Mexican crime gangs and mafia families in New York and other parts of North America, according to police.

It remains anchored in the rural, mountainous and under-developed “toe” of Italy’s boot but has also bought up legitimate businesses across the country to launder its illicit profits.

The name ‘Ndrangheta comes from the Greek for courage or loyalty and the organization’s secretive culture and brutal enforcement of codes of silence have made it very difficult to penetrate, although authorities claim significant progress in the last two years.

In one notorious 2013 incident an internal feud was settled by a hitman being fed alive to pigs that had been deliberately starved. 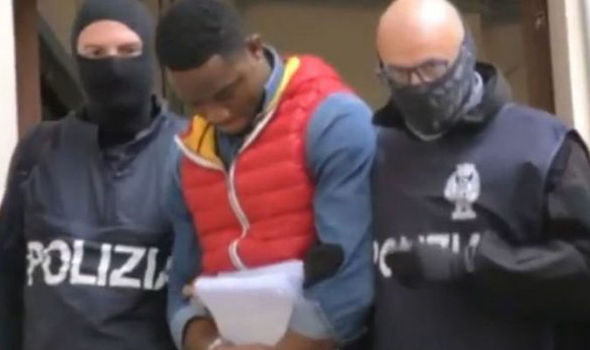 It reveals the inside story of the world’s biggest ecstasy haul and how the Australian Calabrian mafia nearly got away with it.

This is an extract from it.

AS police involved in the world’s biggest ecstasy bust waited for the order to kick down the door they were as confident as they could be that those occupying the Carlton apartment would be asleep.

Those about to execute the raid had the element of surprise in their favour so meeting resistance was much less likely, which further boosted their confidence.

And they were aware from a major surveillance operation the day before that the five people inside had only been in bed for a few hours after hitting the bottle hard the previous night.

But Australian Federal Police bosses — who had had been waiting for more than a year to arrest those responsible for importing 4.4 tonnes of ecstasy into Melbourne — didn’t want to risk any of the suspects getting away, or their agents being harmed, so they brought in the big guns for the pre-dawn operation.

While Barbaro’s home was his mansion in Griffith, New South Wales, he spent a lot of time shacked up with Ropa in Victoria — unbeknown to his dutiful Italian wife and four children.

Heavily armed AFP agents threw in flash grenades, which set off loud bangs and flashes of light to mimic a hail of bullets, as they smashed their way into the Little Palmerston Street unit through the front and back doors about 4am — which must have done wonders for the hangovers those inside the flat were suffering after attending a funeral and the inevitable wake the night before.

One funeral goer, Aldo Taddeo, no doubt still regrets deciding to spend the night at Barbaro and Ropa’s place after the wake; he wasn’t wanted by police and no charges were laid against him.

Not only did he get the shock of his life when the flash grenades went off, but he got another form of shock when he struggled with police and was zapped with a stun gun to stop him wrestling with one of the AFP agents.

Another of those arrested in the love nest that day, Severino Scarponi, was so scared by the dramatic entrance of the AFP agents that he literally shat himself — a bad start to what became a very crap day for him.

Barbaro’s cousin Pasquale Sergi, who came down from Griffith for the Melbourne funeral, was also arrested during that early morning raid.

He tried to hide in a bedroom cupboard, which, strangely enough, didn’t fool the AFP agents responsible for searching and securing the premises.

Ropa was naked in bed with Barbaro in the master bedroom when AFP agents burst in. The shocked couple were ordered to lie on the floor.

Police raided Barbaro’s Griffith mansion at the same time as they were smashing their way into his love nest.

Ever tactful, officers who spoke to Barbaro’s wife in Griffith that day didn’t mention the naked circumstances of her husband’s arrest in Carlton.

The AFP agents who arrested Barbaro were surprised at how unflappable and calm he remained. Despite being dragged out of bed and his whole world crumbling around him, Barbaro even found time to flirt outrageously with one of the female AFP agents.

It’s difficult to imagine that little old Melbourne is where the world’s biggest ecstasy haul was made, but it’s true.

It’s also difficult to imagine there are still people in Australia who doubt the existence of the Calabrian Mafia here — but that’s true too.

I have had access to several confidential reports prepared by Australian and Italian law-enforcement agencies, ASIO spies and US Federal Bureau of Investigation agents that should convince even the most ardent of doubters that the Calabrian Mafia is a major organised crime player in Australia.

Those documents have never been released, but their contents are revealed in Busted and they paint a graphic picture of the history of the Calabrian Mafia in Australia.

Calabria is in the toe of southern Italy and is the world headquarters of the Italian organised crime gang, ’Ndrangheta.

’Ndrangheta is known by some Italians as L’Onorata Societa (the Honoured Society) or La Famiglia (The Family).

It is simply called the Mafia by most in Australia, or the Calabrian Mafia to differentiate it from the traditional Sicilian Mafia.

’Ndrangheta eclipsed the Sicilian Mafia in the late 1990s to become the most powerful crime syndicate in Italy.

The Calabrian Mafia has a tight clan structure, often involving members marrying relations and sons taking over from ageing fathers to ‘keep it in the family’, which has made it difficult for law enforcement to penetrate.

The secret society has cells all over the world and has had a strong presence in Australia since at least the 1930s.

It is particularly prevalent in Melbourne, Mildura and Shepparton in Victoria, Griffith and Sydney in New South Wales, and Adelaide and Canberra.

It has been responsible for growing and distributing much of Australia’s marijuana for decades. It also got involved in heroin importations in 1979, through now-dead crime boss Robert Trimbole, and is known to have been involved in massive cocaine and ecstasy importations into Australia since at least 2000.

Just as it is important to have knowledge of the Calabrian Mafia to better understand the inside story of the world’s biggest ecstasy bust, it is equally important to know the backgrounds of the main players charged over the 4.4-tonne shipment.

Easily the biggest of those players — and the undoubted leader of the gang responsible for importing tonnes of drugs into Australia — was Barbaro.

By the time of his 2008 arrest over the world’s biggest ecstasy bust, Barbaro was a senior Calabrian Mafia boss of international standing in the worldwide Italian secret society, and one of the biggest drug dealers Australia has ever produced.

It was Barbaro, through his senior role in the Calabrian Mafia, who had the international connections to give him access to tonnes of drugs through the Belgium-based Aquino Calabrian Mafia syndicate.

Barbaro was in regular contact with senior members of at least three of the world’s biggest international drug smuggling syndicates.

One of Barbaro’s contacts was an English criminal based in Asia who had strong connections to Chinese triad gangs; another was a Belgium-based Calabrian Mafia syndicate responsible for shipping tonnes of cocaine, ecstasy and other drugs around the world; and a third was a syndicate that specialised in making the world’s best-quality ecstasy in super labs near the Belgium — Netherlands border.

Each of the international syndicates also had something other than large scale drug dealing in common with Barbaro: a propensity to threaten and use violence.

Senior players in each of the three gangs treated Barbaro with incredible respect, a clear indication the international syndicate members considered Barbaro to be a major player on the world drug smuggling stage.