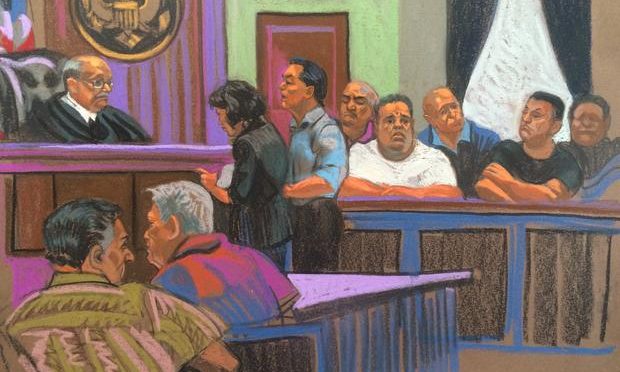 PHILADELPHIA – Plaintiff counsel in the case of a woman who claims she became disabled after long-term exposure to mold in her workplace has opted to leave the litigation associated with those claims.

Neil I. Mittin of Gay Chacker & Mittin filed a motion to withdraw appearance on May 5, explaining plaintiffs Julie Hice Carter and Ernest Carter of Smyrna, Del. had not responded to numerous attempts at contact, in order to proceed with proper litigation of their claims. Due to this presumed lack of cooperation, Mittin felt he had no choice but to withdraw from the case.

Hice Carter was hired by the Therapeutic Center at Fox Chase Villa at the Bridge in Ambler, formerly known as St. Mary’s Villa for Children and Families, in December 2012. In July 2013, Hice Carter says she began to notice black spots on the carpet and walls of bedrooms and bathrooms of St. Francis and St. John buildings at her workplace. Hice Carter says she reported this condition to the administrator of the program and the buildings’ maintenance supervisor, to no avail.

In August 2013, Hice Carter says she began to suffer a cough, shortness of breath, headaches and sinus congestion, among other respiratory ailments. The following month, she was allegedly unable to breathe at work and was admitted to the emergency room at Riddle Memorial Hospital – adding her symptoms worsened anytime she was in the aforementioned workplace buildings.

On Sept. 24, 2014, Hice Carter stated she became disabled from her employment due to the respiratory difficulties she developed as a result of prolonged mold exposure.

Hice Carter alleged she suffered reactive airway disease, acute bronchitis, asthma, cough, rhinitis plus damage to her lungs, nerves, nervous system, and other ills and injuries, resulting in a permanent loss of bodily function. Hice Carter added she possessed none of these conditions prior to her employment.