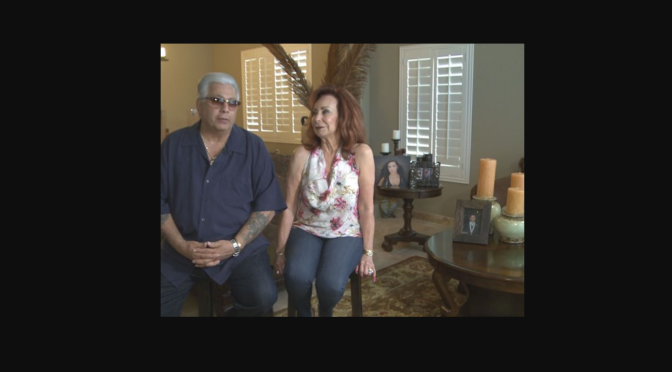 Check out Monique Griego’s full story on the Cantarella family’s transition from a life of crime to life in the Sonoran Desert TONIGHT on 12 News at 10.

It’s a lifestyle most of us only know about from the movies: The Mafia life.

“It was a great life — there wasn’t anything we couldn’t have,” said Richard Cantarella.

As a former mobster with the Bonanno crime family, Cantarella and his son Paul grew up in the Mafia. But in 2002, their world came crashing down when the FBI came knocking.

“I got arrested in 2002 and I wound up cooperating with the government,” Cantarella told 12 News.

Cantarella faced life in prison for his alleged ties to a string of Mafia hits and Paul was looking at 20 years for racketeering.

Both decided to cooperate with Paul heading into witness protection as his father waited in prison.

“I chose to be loyal to my family rather than my boss,”

Back then, he never imagined he and his wife Lauretta would end up out west, far away from New York.

“My son picked the state. He flew here, found a home and loved it,” Cantarella said.

“It was like paradise to me,” said Paul, “The palm trees and your pool was open all year.”

“You know what I notice out here? There’s a lot of money out here,” Cantarella said. “I’ve never seen so many Bentleys, Maseratis … This would actually be a haven for the Mafia.”

Once in Arizona, the Cantarellas traded a life of crime for a legit family business.

Their Valley car washes are also now serving as the backdrop for the family’s latest endeavor: Unprotected, a reality show on the Oxygen network.